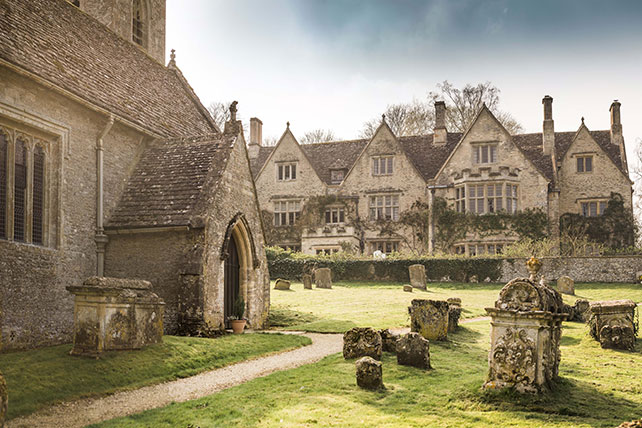 Encouragement for Hard Times From Saints of Old

Let me tell you a story about a pandemic, lockdown and social distancing. Sound familiar? Yet this is a story not from 2020, but from 1665.

That year, the so-called “great plague” broke out in southern England – part of a global pandemic of bubonic plague. At some point a bundle of flea-infested cloth arrived in the village of Eyam in the Derbyshire Dales. The package was opened by a tailor’s assistant called George Viccars. Within days he was dead. Other members of the household fell ill, and the people of Eyam realised they had an outbreak on their hands.

What happened next is an amazing story of courage and self-sacrifice. Three years before, the Rector of Eyam, Thomas Stanley, had lost his ministry during the Great Ejection when around 2,000 Puritan leaders were forced out of the Church of England. The new rector, William Mompesson, remained within the established Church but shared Stanley’s living faith in Christ. Under their combined leadership, the village made the decision to self-isolate. It made sense for people to escape the plague by leaving the village. But that risked spreading the disease to other parts of the north of England. So instead they chose a self-imposed lockdown. No one came into the village and no one left.

To this day there’s a stone on a footpath out of the village with natural indents which, during the plague, were filled with vinegar so villagers could safely leave coins in exchange for supplies. No funerals were held; instead families had to bury their own dead. Church services were held outside so people could practice a seventeenth-century version of social distancing. The plague ran its course over fourteen months. How many people died is disputed, but it’s thought to have been over half the village. The dead included the rector’s own wife, whose grave is still in the churchyard.

Sustained by the truth

COVID-19 has certainly led to strange and challenging times. But, as the story of Eyam reminds us, they are not without precedent. In 1665, the great plague left around 100,000 people dead—a quarter of London’s population. Just as someone can think they’re the centre of the world, so we can think we’re the centre of the ages—as if our challenges are special. But the people of God have faced crises again and again across the centuries. This is one of the great values of church history: the gospel truths that sustained the saints of old are the same truths that will sustain us today.

The writer of Hebrews says,

Therefore, since we are surrounded by such a great cloud of witnesses, let us throw off everything that hinders and the sin that so easily entangles. And let us run with perseverance the race marked out for us, fixing our eyes on Jesus, the pioneer and perfecter of faith (Heb. 12: 1-2).

The Christian life is a long race, he says, and if we want to make it to the finish line we need to do two things. First, we’re to turn away from distractions, especially the distraction of sin, and “throw off everything that hinders” (v 1). Second, we’re to turn instead to look at and “[fix] our eyes on Jesus” (v 2).

To help fix our gaze on Jesus, we are surrounded by “a great cloud of witnesses” (v 1). For the first readers of Hebrews, these witnesses were the saints of the Old Testament, whose faith in God’s promises had sustained them through troubling times and had enabled them to achieve great things in God’s name. But as readers today, we can add names from across the pages of church history to that crowd of cheering spectators. Two thousand years on, the cloud of witnesses is larger than ever.

The key thing is that such people are “witnesses.” Like the witness in a law court, they have evidence to present and, in this case, their testimony concerns Jesus Christ. Their purpose is not to draw attention to themselves but to him. Their lives may inspire and their words may inform, but their true value is that they point us to Jesus.

The best of Christian writers from across the centuries keep on directing our gaze to Christ and his work. The seventeenth-century Puritans wrote book after book about Christ, perhaps because it was the glory of Christ that sustained them through their hardships. Here, for example, are the Christ-centred words of Puritan William Bridge in his book, Lifting Up for the Downcast:

Our Puritan brothers and sisters in Christ wrestled with God through hard times, and the fruit of their labour can help us through the hard times we face. Sometimes the language and emphases of the past seem strange to us. But this very strangeness is actually a key reason to read old authors. They present familiar truths in a different way—a way that can capture our imaginations anew. Moreover, the strangeness of their world becomes a vantage point from which to view ourselves with a fresh perspective, potentially exposing the strangeness of our own preoccupations and prejudices.

When we listen to heart-warming wisdom from the saintly witnesses of old, we are encouraged to fix our eyes on Jesus, the pioneer and perfecter of faith.