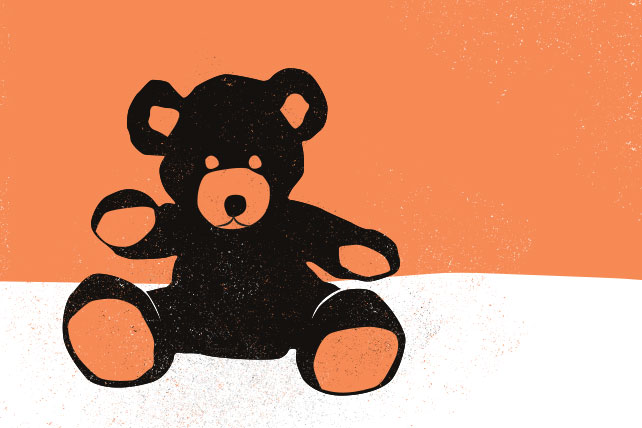 When a Father Wound Defines You

I have said it before and I will say it again.

I am comforted—deeply so—by the fact that God put so many misfits and insecure people in the Bible and then accomplished beautiful things through their lives.

The ancient Jewish patriarch, Jacob, is one of these people.

Jacob was haunted by insecurity and self-doubt, which makes perfect sense. As the second-born son of Isaac, from early childhood Jacob lived with the pain of knowing that he was his father’s second favorite son. Isaac loved his first son and Jacob’s twin brother, Esau, the best. Years of doting on and favoring Esau—his “macho” hunter-gatherer son—wounded Jacob, a “mama’s boy” in comparison to his brother, very deeply.

Another significant detail about Jacob’s childhood is that his father named him “Jacob,” a name that in Hebrew means Liar. Can you imagine growing up with a name like this? Every time someone says your name, it reminds you that ever since your birth, your own father pronounced a curse over you instead of a blessing and that from your earliest days he has looked upon you with contempt instead of favor. Your own father has decided that as far as he was concerned, you are a Nobody instead of a Somebody.

Jacob resorted to desperate measures in an attempt to reverse the negative verdict spoken over him by Isaac. When he and his brother, Esau, were adult men and Isaac had lost his eyesight and was dying, Jacob went in to his father posing as Esau. “Father, it’s me, Esau,” Jacob said. “Give me my blessing.” Then, believing that the son of his scorn was instead son of his love, Isaac spoke the blessing—unaware and under false pretense—over Jacob instead of Esau.

I once heard Tim Keller say that Jacob’s deceit was the first recorded case of identity theft. But what was Jacob’s motivation? Why, under false pretense and knowing that it would not be long before both Isaac and Esau would find him out, did Jacob deceive anyway? Ten out of ten therapists would say that it was because Jacob, like every other child in the world, craved a paternal blessing. More than anything, he longed to hear words of affirmation spoken over him by his father. And, if the blessing can only be gained under false pretenses, a child will resort to any measure to satisfy this primal craving. Simply put, Jacob wanted more than anything to hear from his father’s lips, “I see you. You matter. I love you. I like you. You matter to me.”

My own children have sought similar blessings from me. When our youngest daughter, Ellie, was six years old, she asked me to sit and watch her while she read a book. Silently. So I sat there in the quiet for about thirty minutes, watching her read. And then I gave her what she was looking for. “Way to go, Ellie! I am so proud of you! You read so well! I really enjoyed watching you read!” And I did.

The comedian and talk show host, Ellen DeGeneres, talks about a fictitious “approval patch” that she wears under her sleeve every day. The approval patch, she says, works just like a nicotine patch. Throughout the day, it releases small doses of approval…and she can’t rip it off of her arm until the craving stops.

But for Ellen, Jacob and the rest of us, the craving never stops. We are made in the Image of God, the purpose of whose existence is to be glorified and adored and given honor and praise. Why then, would we ever think it odd to desire praise ourselves, being made in his image?

There’s a Groucho Marx skit that I love because I relate to it so much. In the skit, Groucho is having a conversation with a friend, in which he goes on and on (and on and on…) about himself. In the course of going on and on about himself, he slips into a brief moment of self-awareness and apologizes to his friend for talking so much about himself. He politely says to his friend, “Well. Enough about me. Let’s talk about you. What do you think about me?”

Aren’t we all wearing the approval patch? This is why so many of us pursue positions of leadership and influence. It is at least in part because we crave those daily, constant, small but significant doses of approval seeping into our systems…every minute of the hour, every hour of the day, every day of the week, every week of the month, and every month of the year.

And we can’t rip it off until the craving stops. This is why we get nervous when someone emails us and the subject line reads, “Can we talk?” This is why, even on the heels of a great year, something inside us dreads an upcoming review of our work. This is why we feel threatened by talented up-and-comers in our industries and organizations, and why we lay awake at night wrestling with our inner Jacob and wrestling with God. We think to ourselves, as Madonna once expressed about her own fears about becoming mediocre, “My struggle has never ended and it probably never will.”

As we read through the Jacob account, we see in Jacob a broken man. And yet, God has chosen him to be the father (father!!!) and leader of the twelve tribes of Israel—the kingly figurehead to twelve sons whose “tribes” would eventually establish an entire nation. With this as his life’s purpose, it is critical that the wounded Jacob undergo healing. For this to happen, and for Jacob to be able to release the wounds of the years of cursing and neglect from his father, he has to go through a dark night of the soul. He has to wrestle with the presence of God—the same God who put him in a family with a dad who named him Liar.

We are told in Genesis 32 that Jacob was alone all night, wrestling with God until daybreak. Now, if you know anything about wrestling, you know that even three minutes on the mat with an opponent is exhausting. But Jacob wrestles with God all the way to daybreak…the whole night long! Then God says to him, “Let me go.” The exhausted, resilient Jacob then replies, “I won’t let you go until you bless me.”

I won’t let go until you bless me. Unto God blesses me. Until the Supreme Somebody affirms that I, Jacob, am going to be treated as a loved one instead of a liar, as a favored son instead of a contemptible throwaway, as a Somebody instead of a Nobody.

And it was there on the ground, wrestling with God from evening until daybreak, that Jacob finally found what he was looking for. There on the ground, he heard the voice of a Father who had loved him from before he was born, who had declared that he, Jacob “the younger” would rule over his older brother Esau as the favored son. Jacob heard a Father who was not blind but who could see him clearly all the way down to his core, conveying to him something similar to the words that would one day be uttered to an even greater Son:

Approval patch no longer necessary. Ceaseless striving for approval no longer required. No more fear of mediocrity or of your legacy being forgotten. Because now, Jacob, I am giving you a new name. From now on, you will be named Israel, which means “He wrestles with God.”

When you’ve wrestled with God and prevailed with a blessing, it has a way of leaving you with a limp. But it also has a way of breaking the spell of insecurity and fear. And of helping you sleep better and wrestle less in the middle of the night. And of making you less needy for approval and applause, and therefore more poised to love and to serve.

Which is precisely what the people of Jesus were made to do.