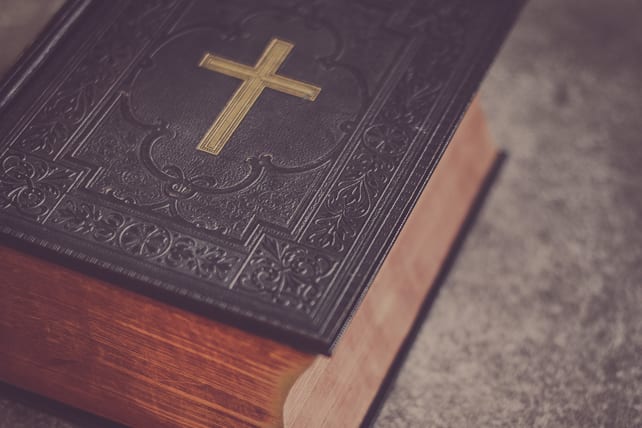 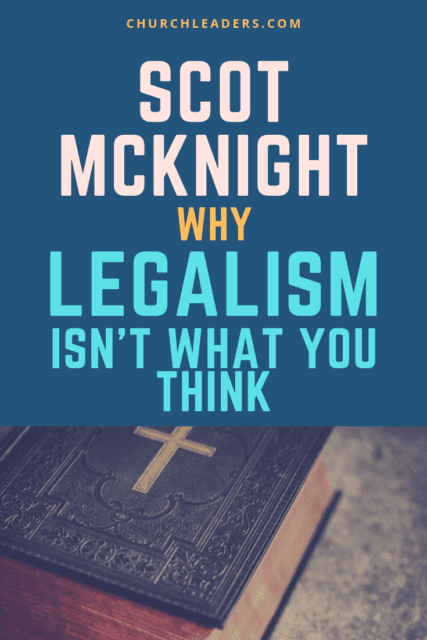 Over the years, my own thinking about legalism has become more nuanced, but I want to map out what legalism is in the context of the New Testament.

After years of teaching Galatians and pondering legalism in Paul’s mind, I’m convinced many get confused about what the word “legalism” means. Thus, folks say, “That’s legalism!”

So some rubble needs to be cleared out first.

Recently, I’ve seen the word “legalism” referred to the commands of Jesus in the Sermon on the Mount as if giving a commandment is tantamount to legalism, and on top of that, as if the Torah of Moses is just a big bold case of legalism itself. Far from the truth. Time to think about it again.

How do you define legalism? What is a good illustration of it for you?

Legalism is not believing in the importance of law or rules or authorities; it is not rules themselves; it is not even following kosher laws. More often than not, this sort of definition of legalism—equating it with rules—often comes from someone who has been told to do something they don’t want to do. (As in a teenager telling her parents that a 10 p.m. curfew is “legalism.”)

So what is it? It depends on which person you ask—and that’s such an important thing to realize.

For the Old Perspective, legalism is the human effort to justify oneself before God on the basis of works; this means Pharisees, and Judaism as a whole, were marked by legalism, so Paul’s beef with “works of the law” is a beef with Judaism as a whole, and (once we get into some forms of later Protestant thinking) anything in the Torah is legalism.

For the New Perspective, “legalism”—a word not often used by New Perspective folks—would be those Mosaic laws that distinguish Jews from Gentiles, like Sabbath and circumcision and kosher laws, and that are used to demand that a Gentile become a Jew, or adopt the Mosaic Torah in order to complete one’s salvation.

My big sketch of the meaning of legalism is this:

Legalism is any practice or belief that is added to the gospel that compromises the sufficiency of Christ as Savior and jeopardizes the adequacy of the Spirit in moral guidance.

Secondarily, then, legalism demands that one adopt a group’s special markers in order to be fully acceptable to God.

Legalism then is the charge against you or me, often sensed at the deepest level, that we are not accepted by God in Christ and indwelt by the Holy Spirit.

Let me put this on the table: One can “add” something—say adopting some church’s special markers or church membership or Sunday school attendance or not drinking Belgian beers or a stipulation about what time for a teenager to get home at night—and not at all be compromising Christ or jeopardizing the Spirit.

So, it’s not simply about having rules or laws or regulations.

Everything in Paul’s letter to the Galatians aims at Galatians 5:1:

“For freedom Christ has set us free. Stand firm, then, and do not be subject again to the yoke of slavery.” Or one could translate it: “Christ liberated us into liberation!”

Legalism aborts liberation or sidetracks liberation or blunts the glory of liberation, but it’s not because of the idea of liberation. It does this to liberation because it attacks Christ and the Spirit. Freedom is freedom from “works of the law” in order to be admitted into the good company of God, symbolized in full fellowship in the Body of Christ.

Legalism always ends up adding something to the gospel.

What might those things be? Laws, rules, regulations, experiences, education, cultural taboos or political parties.

So, yes, legalism is about laws or practices or beliefs that are added to the gospel, and the result of the addition is that it compromises the sufficiency of Christ or jeopardizes the adequacy of the Spirit. And, again, it requires folks to join some group’s special markers.