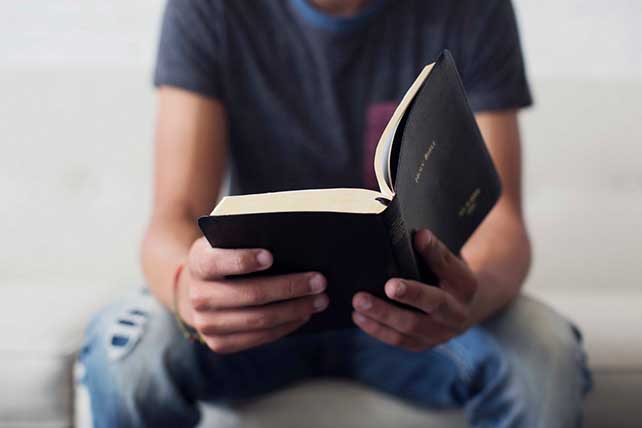 Occasionally church leaders email me, asking for my opinion on various personal or church problems. This spring, I received a note from a church leader in another city. The location isn’t important, because the situation he outlined is common across the nation. He wrote of how a number of members ages 25 to 35 had reached the conclusion that premarital sex is “OK.” Some even play on the praise team, teach in the children’s program, or film videos for weekly announcements.

“The problem is that some of them will tell me that they cannot find anything in scripture that says that what they are doing, having sex with someone, is wrong,” he said. “I have taught on the subject, but they do not see a direct statement against premarital sex.”

He asked for other scriptures he can use, as well as about the church’s stance.

Should it allow them to continue leading ministries or bring them before the congregation and—as the Bible says—have nothing to do with them in hopes it will help them see their sin and return to Christ?

“I know that Satan wants to get in and cause problems in the church, but I also know the need to accept them and love them,” he concluded. “But we also have to deal with sin, or Satan wins.”

In my response, I pointed out that the Bible repeatedly instructs God’s people to “flee fornication.” For 2,000 years, the word translated “fornication” in Scripture has been understood to include the prohibition of sex prior to marriage. Webster’s dictionary definition is clear: “consensual sexual intercourse between two persons not married to each other.”

God designed the physical union of a man and a woman as a privileged experience within the bounds of marriage. The Lord intended marriage as a secure environment for raising children and a uniquely meaningful union that symbolizes God’s committed relationship to us (Ephesians 5:32).

If there was nothing wrong with premarital sex, then why was Joseph determined to divorce Mary when he discovered she was expecting a child prior to marriage?

Obviously, those who would suggest the liberalization of the biblical standard are ignoring the clear teaching of Scripture, conforming to the values of the world, and yielding to the desires of the flesh. As Jesus said, “This is the verdict: Light has come into the world, but men loved darkness instead of light because their deeds were evil” (John 3:19).

Just as I said to this letter writer, I say to all church leaders: The church has a responsibility to practice discipline in regard to flagrant, known sin.

This is especially true for those in leadership. We are to gently confront believers who are known to be living in sin and encourage them to repent.