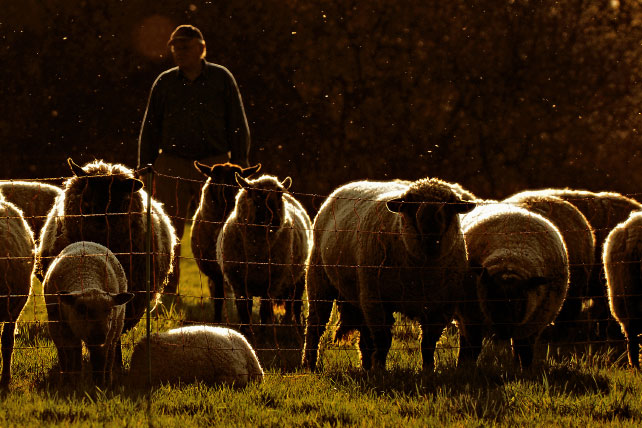 In John 10:11, Jesus described Himself as “the good shepherd.” That is an important distinction for church leaders to consider. The qualities that made Jesus the Good Shepherd are the same qualities that still characterize a good pastor or elder.

Simon Peter encouraged elders to “be shepherds of God’s flock” [under their care so that] “when the Chief Shepherd appears, you will receive the crown of glory that will never fade away” (1 Peter 5:2-4). The good shepherd – the good pastor – knows his sheep because “the sheep listen to his voice. He calls his own sheep by name” (John 10:3).

The Bible says that Jesus knew what was in men’s hearts. A good pastor takes time to listen to people, learns as many of their names as possible, and takes a keen interest in their everyday activities.

When I was 11 years old, I was thrilled when the new minister of our church attended one of my Little League baseball games. I never forgot the fact that he took the time to watch me play ball. That may have done more to motivate me into ministry than the scores of sermons I heard from him.

The good shepherd leads the sheep: He “leads them out” (John 10:3). Jesus never coerces us; He invites us to follow Him. A good pastor does not manipulate or threaten the flock. The people have such love and respect for him that they instinctively follow. That is why integrity and consistency represent essential virtues for pastors. Ministers inspire people to follow them whenever the people can trust their shepherd to guide them to green pastures. The pastor understands that he is their shining example.

The good shepherd also protects his sheep. Jesus said, “I am the gate for the sheep” (John 10:7). He spoke in a vernacular common to that time. A good shepherd led the flock into a protected enclosure and then slept in the opening of the sheepfold. He became the gate and personally blocked the entryway. Any wild animal seeking to harm the sheep could only enter through the gate guarded by the shepherd.

Jesus taught: “The hired hand is not the shepherd who owns the sheep. So when he sees the wolf coming, he abandons the sheep and runs away. Then the wolf attacks the flock and scatters it. The man runs away because he is a hired hand and cares nothing for the sheep” (John 10:12-13).

The New Testament identifies three types of wolves that will kill, steal and destroy unprotected sheep: false teachers (Acts 20:29), grossly immoral believers (1Corinthians 5:1-2) and those who are repeatedly divisive (Titus 3:10). The good elder protects the flock even if the adversary disguises himself as a wolf in sheep’s clothing, meaning that many in the church don’t recognize the danger.