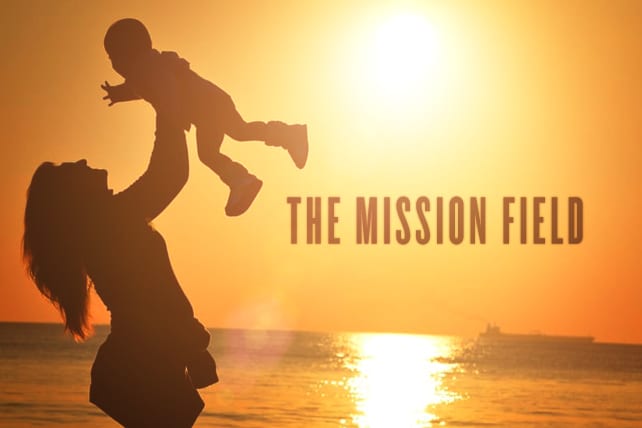 There is a good old saying, perhaps only said by my Grandfather, that distance adds intrigue. It is certainly true—just think back to anything that has ever been distant from you that is now near. Your driver’s license. Marriage. Children. Things that used to seem so fascinating, but as they draw near become less mystical and more, well, real.

This same principle certainly applies to mission fields too. The closer you get to home, the less intriguing the work of sacrifice seems. As someone once said, “Everyone wants to save the world, but no one wants to help Mom with the dishes.” When you are a mother at home with your children, the church is not clamoring for monthly ministry updates. When you talk to other believers, there is not any kind of awe about what you are sacrificing for the gospel. People are not pressing you for needs you might have, how they can pray for you. It does not feel intriguing, or glamorous. Your work is normal, because it is as close to home as you can possibly be. You have actually gone so far as to become home.

Home: The Headwaters of Mission

If you are a Christian woman who loves the Lord, the gospel is important to you. It is easy to become discouraged, thinking that the work you are doing does not matter much. If you were really doing something for Christ you would be out there, somewhere else, doing it. Even if you have a great perspective on your role in the kingdom, it is easy to lose sight of it in the mismatched socks, in the morning sickness, in the dirty dishes. It is easy to confuse intrigue with value, and begin viewing yourself as the least valuable part of the church.

There are a number of ways in which mothers need to study their own roles, and begin to see them, not as boring and inconsequential, but as home, the headwaters of missions.

At the very heart of the gospel is sacrifice, and there is perhaps no occupation in the world so intrinsically sacrificial as motherhood. Motherhood is a wonderful opportunity to live the gospel. Jim Elliot famously said, “He is no fool who gives up that which he cannot keep to gain that which he cannot lose.” Motherhood provides you with an opportunity to lay down the things that you cannot keep on behalf of the people that you cannot lose. They are eternal souls, they are your children, they are your mission field.

If you are like me, then you may be thinking “What did I ever give up for them? A desk job? Time at the gym? Extra spending money? My 20-year-old figure? Some sleep?” Doesn’t seem like much when you put it next to the work of some of the great missionaries, people who gave their lives for the gospel.

Think about the feeding of the five thousand when the disciples went out and rounded up the food that was available. It wasn’t much. Some loaves. Some fish. Think of some woman pulling her fish out and handing it to one of the disciples. That had to have felt like a small offering. But the important thing about those loaves and those fishes was not how big they were when they were given, it was about whose hands they were given into. In the hands of the Lord, that offering was sufficient. It was more than sufficient. There were leftovers. Given in faith, even a small offering becomes great.

Gain What You Cannot Lose in Them

So, if mothers are strategically situated to impact missions so greatly, why do we see so little coming from it? I think the answer to this is quite simple: sin. Discontent, pettiness, selfishness, resentment. Christians often feel like the right thing to do is to be ashamed about what we have. We hear that quote of Jim Elliot’s and think that we ought to sell our homes and move to some place where they need the gospel.

God loves the little offerings. Given in faith, that plate of PB&J’s will feed thousands. Given in faith, those presents on Christmas morning will bring delight to more children than you can count. Offered with thankfulness, your work at home is only the beginning. Your laundry pile, selflessly tackled daily, will be used in the hands of God to clothe many. Do not think that your work does not matter. In God’s hands, it will be broken, and broken, and broken again, until all who have need of it have eaten and are satisfied. And even then, there will be leftovers.

Mom Enough is a short book that explores the daily trials and worries of motherhood from the perspectives of eight women. In the trenches, they have learned (and continue to learn) how to treasure God and depend on his all-sufficient grace.

The paradox of this book is the secret power of godly mothering. Becoming mom enough comes from answering the question, “Are you mom enough?” with a firm “No. But God is God enough.”