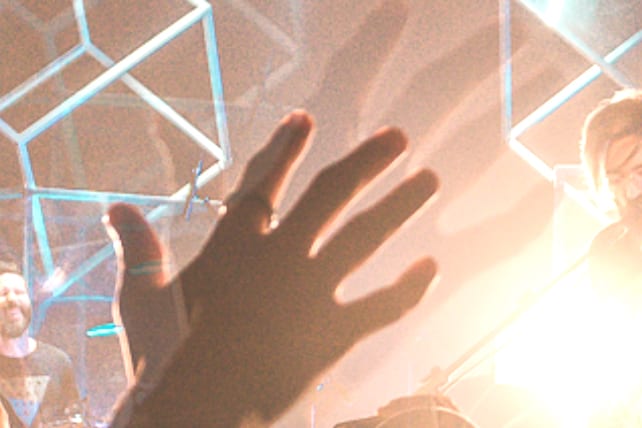 Recently I saw the word revival used to describe a clothing line. I understand. The word itself is not designed distinctly for the church. But something in my soul recoiled that such a sacred word to believers was being used in such commercial ways.

The church itself does not use the word well. Like most things theological, we have a tendency to miss the point. Satan loves to subtly redirect our thinking so we almost have its meaning, but are off just enough to miss it entirely.

There is only one source of revival. Richard Owen Roberts once said that he could describe revival in one word: GOD. It is God manifesting Himself; God revealed and responded to; God in His rightful place again in the hearts of His people.

Isaiah reminds us in one verse of its definition:

The LORD has bared His holy arm in the sight of all the nations, that all the ends of the earth may see the salvation of our God (Isaiah 52:10 NASB).

Most of us do not understand that the reviving of His people for His redemptive purposes is one of the regular ways of God. It has happened repeatedly in human history. There is a cycle of revival that seems as consistent as the rising of the sun.

Our Wandering and His Judgments

When God’s people fall away from Him, He brings discipline and judgment. This is a wonderful thing, for without it we would keep wandering away, farther and farther. This discipline is like pain to the human body, reminding us that the path we’ve chosen is harmful.

Our Cry and His Reviving

As we realize where we are, we cry out and begin to return to Him. This is why we always see a return to extraordinary prayer when we are in this part of the cycle of revival. These are the birth pangs of repentance, and this is our side of the equation, prompted and aided by the grace of God.

When we cry out, God, in mercy, responds by coming in power, manifesting Himself. Manifest means “clear, unmistakable, visible.” God shows up in clear demonstration. And when God comes into the midst of His people once again, it leads His true followers to revival.

To revive literally means to “bring to life again.” It is a word for the church, for you cannot re-vive what has not once been “vived”! It is important to note that this cycle can happen in an individual, a family, a church, a community or across a nation.

When God “has bared His holy arm,” the church sees Him. And when the church begins to see Him and walk again in unison with Him, another amazing thing happens: The world sees God in the midst of His people.

As this occurs, God moves through His church like a mighty wind, mobilizing them to witness, pray, confess and further repent; and Christ is once again exalted. When He is lifted up, the world is drawn, through God’s grace, to the saving Christ.

The Church Is Revived and Awakening Begins

Awakening begins to occur. This is a word that describes God’s work among those who have never believed in Him. Again, God is the source, for only He can bring dead people to life. Only He can open blinded eyes. But God is moving through His body, the church, to share the gospel, which is “the power of God for salvation to everyone who believes” (Romans 1:16).

In times of spiritual awakening, thousands—even millions—are redeemed in short order. The rapid expanse of His kingdom occurs. In the First Great Awakening, 15 percent of the entire American population came to faith in Christ in a matter of two years.

Spiritual awakening by God reminds us what His plan and purpose is for mankind. “All the ends of the earth” begin to see “the salvation of our God.”