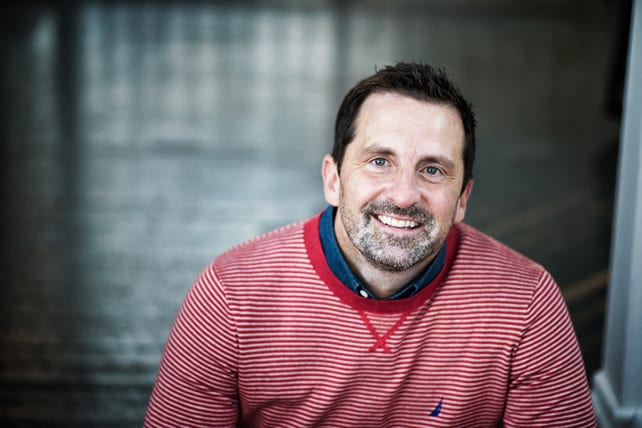 I’m seeing this everywhere now. It’s so apparent and, yet, it can be so easily missed. For a long time, I missed it consistently. The problem is, when we miss it, we catch the wake of the miss. And the wake is so big and strong that it can hurt you, discourage you and haunt you. Pastoral leadership is difficult. It’s a grind. It’s a joy. It’s a blessing. Some days, you fall asleep feeling refreshed. Others, you can’t sleep. All this comes with the role. But what if there was a lesson that, if we believed it and acted on it, could change the culture of the churches we lead? Would you let the lesson shape the way you lead? I hope so. It’s that important.

One of the Most Important Pastoral Leadership Lessons I’ve Learned:

A few years ago we started a capital campaign at The Crossing. For five years, we had been a portable church. We had gone through two moves already. We started out in a wedding reception building, moved to a local high school, and then moved to another local high school.

People saw the need for a permanent location, sure. But did they see the opportunity? Did they believe it enough to put their resources behind it?

We had to create unity in this direction we believed God was leading us to. So what happened? Meeting after meeting after meeting. Who were these meetings with? People in our congregation. The vision was shared with them, they had a chance to ask questions, and at the end of the day, another step toward unity was made.

I’ve heard Kenny White, our lead pastor, preach the following in leadership meetings for years: If you’ve got something to say, say it. Don’t leave here with something unsaid.

A few weeks ago, we had all our staff and elders together for a vision retreat. In 2017, we grew by 37 percent and we were all sensing that we needed to prayerfully develop a grander vision for the next five years. This felt like a tall task given that our church has only existed for six years.

Want to know why I think the day was successful? Because we argued. We pushed. We clawed. We fought.

If someone had something to say, they said it. If someone felt like the Holy Spirit was giving a check in their heart, they shared.

That day was exhausting. But we walked away with a vision that will bring glory to God if we take action on it.

Difficult conversations are the on-ramps to unified direction. Without them, the drift will be the norm.

Think about it. Jesus restored Peter through a difficult conversation and told him what his mission was. Feed my sheep. Paul called out Peter when he alienated his Gentile brothers and sisters when his Jewish buddies came to town. Paul rebuked the Corinthian church for allowing some deeply disturbing immorality to go on in their midst. There’s a noticeable difference between the tone and content of 1 Corinthians and 2 Corinthians. And there are many more examples we could dive into, but you get the point.

When difficult conversations need to happen and don’t, disunity moves in like a roaring tsunami.

What if Jesus didn’t have that difficult conversation on the side of the lake with Peter?

What if Paul didn’t call out Peter for his bias and lack of courage?

What if the Corinthian church went unchecked and continued to turn a blind eye to the sin in their midst?

While I don’t know the challenges you’re facing at the church you serve at, I do know that those challenges may be one, two, 10, 20 difficult conversations away from potentially being overcome.

But this won’t happen from the pulpit. It will happen around the dinner table, in living rooms and at coffee shops.

Unity is built face-to-face. Unity is built through listening a lot and talking some. It’s built by being slow to anger while saying what needs to be said. It’s pursued in open conversations where people can be honest and raw without fear.

Friend, what we do is too important to go another day in the drift.

The vision God has given to His church is too important to let disunity derail the future.

Just imagine what it would look like to see your congregation rally together.

Imagine what your leadership team would look like five years from now if you fought for unity today.

Unity is worth it. Fight for her.