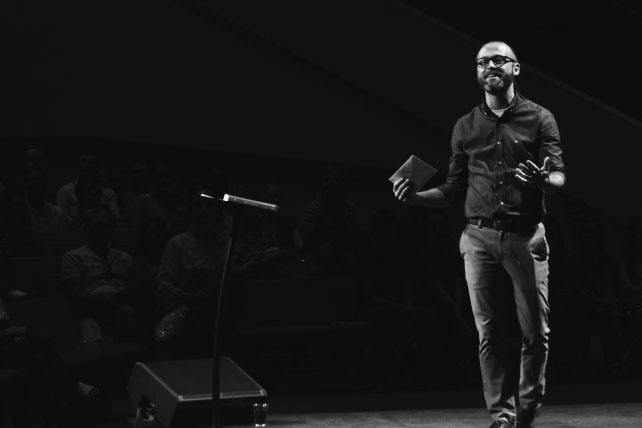 Lately I’ve had numerous discussions with ministry leaders about why it’s so difficult to find truly gospel-centered preaching. Even among those who otherwise affirm the biblical necessity of prioritizing Christ in our preaching, it is sometimes rare to encounter sermons that do not treat Christ and his grace as an option or afterthought. Why is this so? Why, despite an abundance of helpful resources and exemplary models, do we still have a hard time turning the homiletical corner to preaching Christ? Here are three possible explanations:

1. We lack the conviction.

Some lack the conviction to preach gospel-centered sermons simply out of ignorance. They have not had access to examples of it. They’ve not been trained to preach that way. They are unaware—ignorant, in the dictionary sense—of the possibility of Christ-centered preaching. Others are aware of the option but have rejected it. For whatever reason—whether not seeing the value or alternatively affirming a different hermeneutic—they do not think gospel-centered is the best way to preach. Whatever the reason, they do not see Christ’s words to his disciples on the road to Emmaus or Paul’s words about Christ being the yes to every biblical promise as instructive for proclaiming an expository message in a Christocentric way.

2. We lack the competency.

This reason may be most common. Many preachers have not been trained adequately to preach in a gospel-centered way. Their profs didn’t teach it. Their pastors didn’t model it. Their experience has not bent toward it. They affirm the value theologically, but they have trouble in the actual sermon composition of “getting there” exegetically. Many preachers end their sermons with an evangelistic invitation and suppose this is gospel enough. And certainly, a gospel invitation at the conclusion of a message is better than no gospel content at all! But some preachers just can’t figure out how to preach Christ from the biblical text in natural, biblical ways. They want to, but don’t know how.

Finally, however, is a reason I think may be more common than we realize, and one that is not often considered, because it steps beyond our gifts and into our character.

3. We lack communion with Christ.

I don’t mean that non-gospel-centered preachers aren’t Christians. I just suspect that many who lack the aroma of Christ in their preaching actually lack the aroma of Christ in their spiritual lives. They have probably gotten so accustomed to the routine of ministry that the Scriptures and the Christ within them has become more a matter of feeding others rather than feeding one’s self. The Bible has become something dealt out, rather than first something dwelled in.

At the inaugural Gospel Coalition Conference in 2007, Tim Keller gave the seminal talk “What Is Gospel Centered Ministry?” That message contains the now-classic “Jesus is the true and better” application. At the end of that homiletical run, Keller said something that has stuck with me ever since I first heard it. He said, “That’s not typology; that’s an instinct.” Of course, what he was doing was typology. But I think what he meant was that Christ-centered preachers almost cannot help preach Christ. They would have to make themselves avoid preaching the gospel. If anything, the temptation is to “jump over” the immediate exposition of the text to, as Spurgeon famously said, “make a road to Christ.”

In other words, if we are regularly communing with Christ, reading the Scriptures in a devotional sense in a daily and disciplined way, the instinct is there to preach Christ. It is a spiritual impulse that (super)naturally finds its way into our sermon preparation. How could a gospel-centered preacher not preach a gospel-centered sermon?

It’s just a theory, but perhaps the reason so many preachers who read all the gospelly books and blogs, listen to all the gospelly podcasts, and follow all the gospelly Twitter accounts still struggle to preach gospelly sermons is because they are not in regular communion with the Christ who is the center.

But it’s not too late, brothers. It’s not too late to refashion our conviction to Paul’s resolution, to work diligently in exegetical competency toward gospel-centeredness, and to return afresh to daily rest in our Savior.

But if I say, “I will not mention his word or speak anymore in his name,” his word is in my heart like a fire, a fire shut up in my bones. I am weary of holding it in; indeed, I cannot.
— Jeremiah 20:9