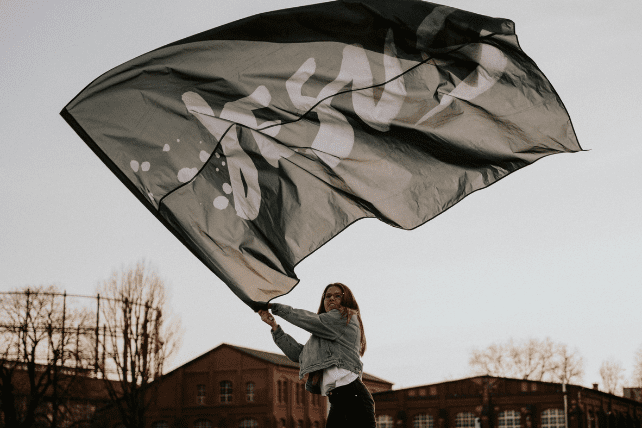 Could you recognize a fake Jesus? Jesus is still very popular these days, even at a time when Christianity seems to be facing more social marginalization. From political and social movements to kitschy products to bumper stickers, we’ve appropriated Jesus as a mascot for our favorite causes. But we have to wonder, is this the real Jesus of the Bible or a Jesus of our own making?

In Romans, the Apostle Paul teaches of Christ’s mission to call out a people and form them into His likeness, but it seems we are more interested in forming Jesus into our image. Even conservative, Bible-believing evangelicals are fond of making statements like, “The Jesus I know would …” as if Jesus—who claimed to be the Triune God, one with the Father—can be easily molded into whatever we wish him to be.

Soon the Jesus we claim to worship looks strangely like the man in the mirror. He becomes a fake Jesus.

What are some ways we are tempted to mold Jesus, like clay, into whatever we want him to be? Here are 10 counterfeit Jesus’s popular in Christian culture:

This is the counterfeit Jesus of the enlightenment, the Jesus who existed in human history, but is not nearly as radical as that Jesus of the gospels. Guru Jesus is the wise, winsome, slightly supernatural figure who fits nicely alongside other religious titans like Buddha, Muhammad, Vishnu and others. This is a safe Jesus, who will only ever tell us good, affirming, uplifting things, but doesn’t bother us with dangerous talk of the Kingdom of God.

But here’s the problem with Guru Jesus: Not only does he defy the historical record and the claims of Jesus Himself, he’s also much less compelling than the Christ of Scripture. Guru Jesus doesn’t meet the deepest longings of the human experience, doesn’t answer the problem of evil, and offers no hope for future cosmic renewal.

This counterfeit Jesus is in vogue among many well-meaning, progressive evangelicals. He’s a Jesus I’m tempted, at times, to embrace. He’s present in the kind of Christianity that only takes seriously those quotes of Jesus in the gospels that are marked out by Bible publishers in red ink.

What is convenient about this Jesus is that he replaces the so-called angry God of the Old Testament with a mostly peaceful, healing, non-controversial Jesus of justice. What’s more, he’s way more likable than that irascible Apostle Paul who just doesn’t understand 21st-century social norms.

There is only one problem with Red-Letter Jesus: Jesus, in his very red-letter statements, declared solidarity with the Old Testament Scriptures. He spoke of an “unbreakable Bible” and coming not to abolish “one iota or jot of the law.” If we accept Jesus as a full member of the Trinity and if we accept the idea of inspiration of Scripture, we’d have to say that all the letters in the Bible are red, not just the statements from Jesus we like to put on coffee mugs.

Plus, have you read those red letters? Jesus said some pretty controversial things in there about marriage, about hell and about his coming kingdom.

This counterfeit Jesus has come to help men recover their masculinity—the Jesus of Braveheart, John Wayne westerns and big-game hunting. This Jesus is a response to a very real crisis in the culture: a crisis of manhood. But a Christ-shaped masculinity isn’t defined by hyper-masculine tough talk, cuss words and MMA. The Jesus of Scripture was both tough and tender, a man who rebuked and nurtured. And he didn’t come to conform men into a modern, hyper-masculine construct, but into men who fulfill their unique kingdom purposes as servant-leaders in the home, the church and the community.

The problem of fatherlessness and masculinity won’t be solved with more bacon, but through the gospel transformation of men who lay down the fallen impulses of the First Adam to follow the Second.

This the Jesus of patriotic national renewal, a counterfeit Jesus who ushers in a revival whose results turn the map from blue to red. This is a Jesus who, if followed, will return us to the perceived glory days of yesterday.