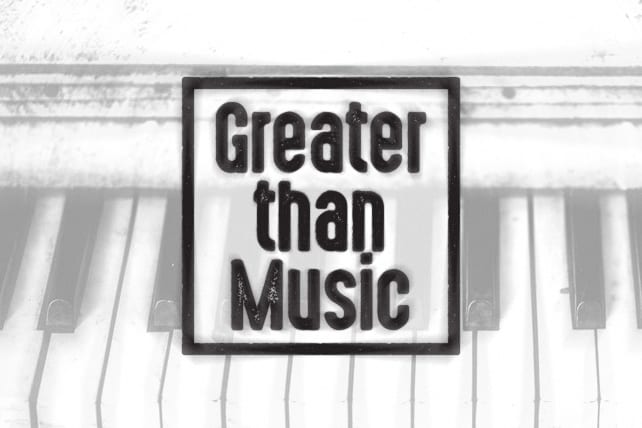 This past May, our youngest child, McKenzie, graduated from Boyce College with a degree in biblical studies, focusing on music and worship. After four and a half years of study, persistence, practice and dependence on God’s grace, she finally joined the ranks of those who have a college degree.

In her final semester, she had to give a senior recital. Thanks to the excellent instruction from her voice teacher, Chandi Plummer, McKenzie has expanded her vocal range significantly, grown in knowing how to care for her voice, and become much more effective at communicating emotion and dynamics when she sings. All those aspects were on full display as she sang through her program of different languages (English, French, German and Italian) and styles (classical, romantic, jazz standards and contemporary worship songs).

I was thoroughly enjoying the artistry of the evening when she came to the “worship song” part of the program. One of those songs was Rita Springer’s “I Have to Believe,” a song that unabashedly proclaims faith in God’s promises in the midst of darkness and pain. McKenzie’s singing was heartfelt, skillful and moving.

But in the middle of the fourth verse, powerful music was overshadowed by a more powerful Savior:

In a clarifying, surprising moment, the truth of those words for McKenzie’s own life overwhelmed her. Her eyes filled up with tears. She stopped singing. We waited.

Eventually she recovered and was able to finish her program.

What happened? I think it was an example of what I often remind myself when music affects me in a significant way: Music is great. Jesus is greater.

Music is a gift from God that benefits people of different cultures in countless ways. It expresses emotions that we sometimes can’t find the words for. It can amplify the impact of words we sing. Music can lift our spirits, motivate us to exert greater effort, draw our hearts toward transcendent beauty, deepen our sense of community, and give us one voice as we pursue a common cause.

Music can do amazing things. I’ve been involved with music for over 50 years and made a living from it for more than 40. A Beethoven sonata can bring me to tears. The opening of Aaron Copland’s “Appalachian Spring” is indescribably peaceful. I’ve enjoyed songs from specific soundtracks over 1,000 times. The number of creative bands, singer-songwriters and individual musicians that I enjoy are too many to list here. I marvel that music continues to move me the way it does.

In fact, for people who don’t worship the true God, music can seem like a good replacement. In his 1994 commencement speech to the Berklee College of Music, Sting said, “If ever I’m asked if I’m religious I always reply, ‘Yes, I’m a devout musician.’ Music puts me in touch with something beyond the intellect, something otherworldly, something sacred.”

Sting was on the right path. But he didn’t quite reach the destination. Music is a wonderful tool. But it makes a terrible god.

Yes, music is great. But there’s something greater than the gift of music. The Giver himself.

Here’s how C.S. Lewis put it in this oft-quoted paragraph from The Weight of Glory:

“The books or the music in which we thought the beauty was located will betray us if we trust to them; it was not in them, it only came through them, and what came through them was longing. These things—the beauty, the memory of our own past—are good images of what we really desire; but if they are mistaken for the thing itself, they turn into dumb idols, breaking the hearts of their worshippers. For they are not the thing itself; they are only the scent of a flower we have not found, the echo of a tune we have not heard, news from a country we have never yet visited.”

When McKenzie broke down in the middle of singing, no one muttered in disgust. Nobody wondered why she couldn’t hold it together. No one complained that her artistry suffered. We simply saw more clearly that the transforming effect of God’s grace in Christ transcends the effect of music. We saw the Giver through the gift.