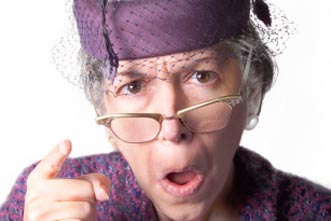 From an American newspaper in an article objecting to new trends in church music.

There are several reasons for opposing it.

3. The new Christian music is not as pleasant as the more established style.

4. Because there are so many new songs you can’t learn them all.

5. It puts too much emphasis on instrumental music rather than Godly lyrics.

7. The preceding generation got along perfectly without it.

9. And some of these new music upstarts are lewd and loose.

You might think this was written recently. But it was written by an American preacher, a church leader attacking Isaac Watts, the hymn writer who wrote the hymn “When I Survey the Wondrous Cross” published in 1707.

5 Bad Ideas That Will Make Your Service Fake

How To Become an Encourager: 15 Steps

Carlos Whitaker: Emotion in the Church – Manipulation or God’s Gift?

11 Secrets Your Pastor is Keeping From You

Why An Ash Wednesday Service?