Dean, a 40-plus refugee guitarist, is trying to make ends meet out West. He used to sit in a Nashville studio and crank out country cliches, but now he performs Celtic music in restaurants and coffee houses. He provides lilting spirituality for overstimulated urban dwellers, the cell phone-Palm Pilot-BMW crowd trying to snatch a piece of peace. Dean’s been a Buddhist for a while, but now he’s not sure. He spent the better part of a decade trying to achieve mastery over the baser parts of his humanity. But it’s eluded him. Lately he’s been wondering about a religion where spiritual success is one big do-it-yourself project. He says all he wants to do is just hand over the self-improvement kit to someone. Someone. He says there must be a God who’s big enough and loving enough to wade through the sludge still sticking to the bottom of his soul.

As I sip my cup of chai across the table, I’m poised-like any good Christian-for the ecclesiastical kill. This is a monologue that just screams, “Insert gospel here!” But this is also where it gets complicated. Dean thinks Christianity isn’t that different from Buddhism. He listens to Joseph Campbell who, according to Dean, claims religion is mostly the same pull-yourself-up-by-the-bootstraps movie played over and over: self-evolution, higher consciousness, selflessness. I can’t resist. I counter, armed with the numerated spiritual laws.

Blah, blah, blah. Dean hears my concepts as clearly as Charlie Brown hears his teacher’s monotone assignments. Translated: he doesn’t. Dean is listening to his personal experience, which, unfortunately, speaks a whole lot louder than my words. He’s visited several churches in the past year, and none of them changed his mind. Christianity is Buddhism morphed into a Western, capitalistic zoot suit. It’s about getting your act together, becoming a better person, becoming a Jesus clone. If you do, a gold laptop is waiting for you at the Pearly Gates!

No wonder he’s depressed. He was looking for something different. Someone different.

Millions of Deans come to our churches every week, listening, watching, waiting. In a worship experience, we have a choice: we can leave people with themselves, with the legalistic sawdust of every other religion on this planet. Or we can leave them with the unduplicatable, self-giving God, the One who turns water into wine, Sauls into Pauls. We may claim to be Jesus followers as we sing, pray, and lift our hands. But if we’re following Jesus on our own gasoline, we might as well be following Buddha.

How are people experiencing the gospel in your worship services? Think about it, because this side of the postmodern shift, it’s the world’s biggest flea market out there. When people come to our booth on Sunday morning, we’d better have something—Someone—different to offer. 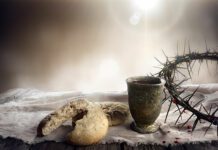 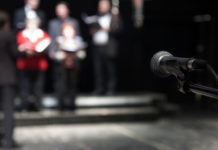 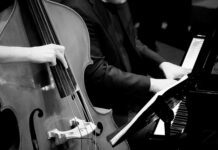 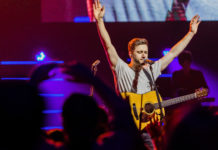 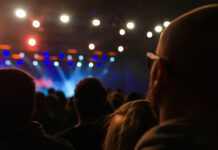 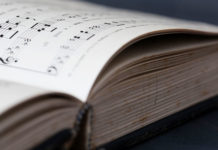 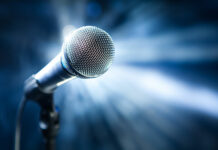 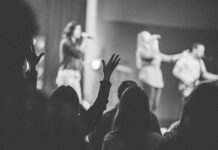 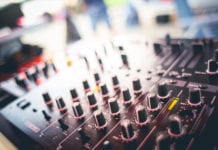 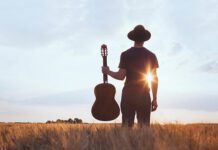