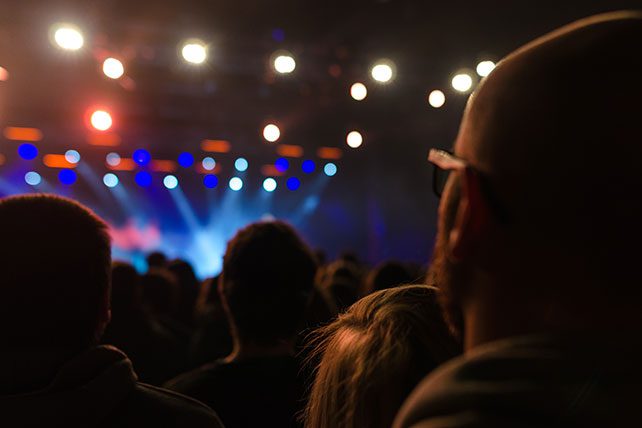 Worship leaders around the world are sadly changing their church’s worship (often unintentionally) into a spectator event, as evidenced by the lack of worship singing from the congregation. But before discussing our present situation, let’s look back into history.

Prior to the Reformation, worship was largely done for the people. The music was performed by professional musicians and sung in an unfamiliar language (Latin).

The Reformation gave worship back to the people. This including congregational singing.It employed simple, attainable tunes with solid, scriptural lyrics in the language of the people.

Worship singing once again became participatory. The evolution of the printed hymnal brought with it an explosion of congregational singing and the church’s love for singing increased.

Then came the advent of new video technologies. Churches began to project the lyrics of their songs on a screen. The number of songs at a church’s disposal increased exponentially.

[1] At first, this advance in technology led to more powerful congregational singing, but soon, a shift in worship leadership began to move the congregation back to pre-Reformation pew potatoes (spectators).

What has occurred could be summed up as the re-professionalization of church music and the loss of a key goal of worship leading—enabling the people worship singing.

Simply put, we are breeding a culture of spectators who avoid worship singing in our churches. We are changing what should be a participative worship environment to a concert event. Worship is moving to its pre-Reformation mess.

With the release of new songs weekly and the increased birthing of locally-written songs, worship leaders are providing a steady diet of the latest, greatest worship songs. Indeed, we should be singing new songs. But too high a rate of new song inclusion in worship can kill our participation rate and turn the congregation into spectators. I see this all the time. I advocate doing no more than one new song in a worship service, and then repeating the song on and off for several weeks until it becomes known by the congregation. People worship best with songs they know, so we need to teach and reinforce the new expressions of worship. (more)

2. We are singing songs not suitable for congregational singing.

There are lots of great, new worship songs today, but in the vast pool of new songs, many are not suitable for congregational singing by virtue of their rhythms (too difficult for the average singer) or too wide of a range (consider the average singer—not the vocal superstar on stage).

3. We are singing in keys too high for the average singer.

The people we are leading in worship generally have a limited range and do not have a high range. When we pitch songs in keys that are too high, the congregation will stop singing worship, tire out and eventually quit, becoming spectators. Remember that our responsibility is to enable the congregation to sing their praises, not to showcase our great platform voices by pitching songs in our power ranges. The basic range of the average singer is an octave and a fourth from A to D.

4. The congregation can’t hear people around them singing worship.

If our music is too loud for people to hear each other singing worship, it is too loud. Conversely, if the music is too quiet, generally, the congregation will fail to sing out with power. Find the right balance—strong, but not over-bearing.