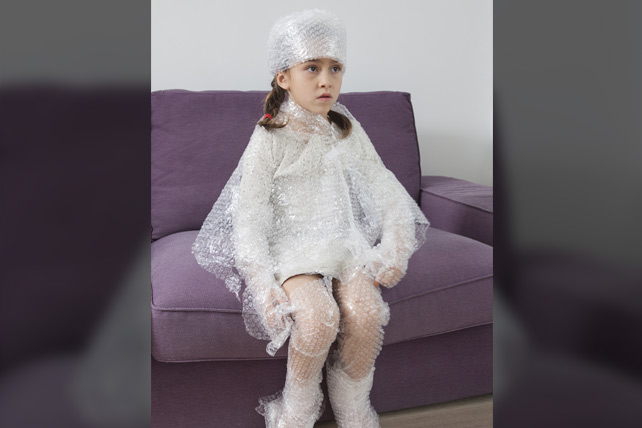 A post from an online community for teachers went viral. It noted: “In raising children who have experienced minimal struggle, we are not creating a happier generation of kids. We are creating a generation that has no idea what to do when they actually encounter struggle.”

The teacher described “being called to the office, expecting to retrieve a student’s forgotten meal money or inhaler. Instead, a sheepish parent in a suit was dropping off an expensive water bottle after repeated texts from a child. Water fountains exist all over the school.”

This was actually tame. Other stories about lawnmower parents include:

Lawnmower parents aren’t merely willing to help kids succeed. “The problem,” notes Hannah Hudson at WeAreTeachers.com, “comes from a parent’s repeated efforts to eliminate any and all struggle so that children are ill-equipped when they grow up and life inevitably goes sideways.”

A similar trend exists regarding adversity. Many younger Christians are spiritual snowflakes.

A Christian couple considered becoming atheists because they had difficulty conceiving. They did eventually conceive. But because they had difficulty, they doubted the existence of a loving God. I’m not diminishing the heartache of infertility. But elevating such things to spiritual crisis reveals a weak, shallow faith. A faith that’s never exposed to real challenge or discipled for earthly life.

This is deeper than the “health and wealth gospel” that’s no gospel at all. This is broader and more insidious. It’s the belief that we’re entitled to a difficulty-free life. When challenges arise, we shake our fist at God in doubt or condemnation. Or we collapse emotionally and spiritually. We wallow in self-pity, elevating our issue to Jeremiah’s lament or Christ’s passion. We lack spiritual toughness and backbone.

How Weakness Makes Us Strong

In David and Goliath, Malcolm Gladwell explores how strength comes from overcoming weakness. He tells of David Boies, who credits dyslexia for forcing him to develop observation and memory skills. Gladwell asks: “You wouldn’t wish dyslexia on your child. Or would you?”

Here lies a crucial biblical idea. As a pastor, I often hear confusion about why God allows pain. I know one reason: Suffering strengthens us. What wounds us most deeply often makes us who we are.