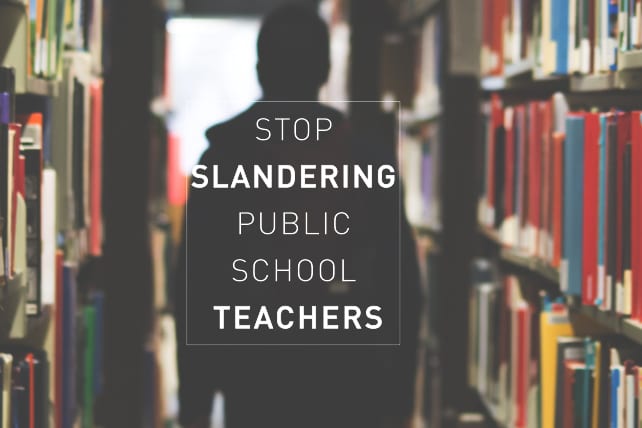 We are now in our 12th year of public schooling, and between our three children we have totaled 22 school years of public education. This has taken place in a limited context, of course: one primary school and one high school in one school district in one town in one province in one country.

Being Fair to Public School Teachers

To slander someone is to “make a false spoken statement that causes people to have a bad opinion of someone.”1 It is a deliberate or inadvertent misrepresentation that does damage to a person’s reputation. I have learned a lot about this sin from R.C. Sproul of all people. Several times Dr. Sproul has written books about Catholicism and he has often said that Protestants are prone to slander Catholics by inadequately understanding and unfairly representing their beliefs.

When it comes to education in North America, the tides in the Reformed world have shifted away from public education and toward Christian or home schooling. The decision on education is for each family to make on the basis of beliefs, conscience and context. I am convinced that any of the options are in play, at least for our family, and at various times we have seriously considered all three. To this point we have maintained public schooling.