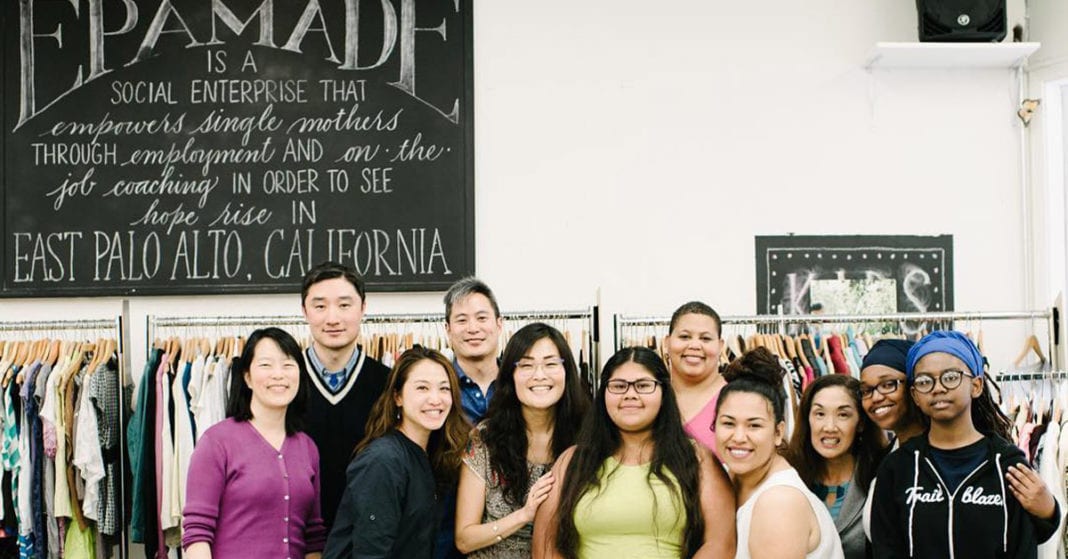 Allen and Ayaka Lu live in Silicon Valley. They run an eCommerce startup but their story is not your typical entrepreneurial story, and their business is not your typical Silicon Valley startup. For starters, EPA Made isn’t just a company, it’s a part of their non-profit ministry, and while the goal is to be a financially sustainable business, the real goal is to impact lives in a very tangible way for God’s glory.

Allen and Ayaka weren’t raised in Christian families. They met Christ and they met each other at Carnegie Mellon University in Pittsburgh. Allen studied Information Systems and Ayaka is a graphic designer who studied Communication Design and Human Computer Interaction.

After graduation, Allen became a programmer with a focus on eCommerce. He developed a passion for helping people connect with the brands that they love. He led major projects for American Eagle Outfitters and GNC. Ayaka and some of her classmates started a new venture doing youth education design. They were recognized for their work with the Pittsburgh Penguins and Family Communication, (the corporate entity behind Mr. Rogers Neighborhood).

While in college, Allen and Ayaka were very active in discipleship and felt that ministry was a “full-time” part of who they were. They had a little girl, and God was blessing them. But then, Allen had a moral failing. He left Ayaka and their daughter, and moved to Silicon Valley to continue to build his career.

Ayaka had become a single mom.  She looked to scripture for guidance, spending much time praying to God through Matthew 19. She committed to [living] that truth, to not divorce, but to pray for Allen. She spent that time crying out to the Lord through Psalm 25, Psalm 73, and Romans 5 and learning how to find hope in Jesus and survive as a single mom. It was hard and it was lonely, but God would redeem even this.

In time, (two years!) God answered her prayers. Allen, in his words, “came to his senses” and asked Ayaka if they could restart their marriage. They spent another two years in intense marriage counseling. They worked really hard, and today, they say that their marriage is way better than it originally had been. They see in it a picture of the redemption that God is working through Christ.

Allen continued to have success in his career, and God provided an opportunity to combine his work and ministry when his cousin, Jeremy Lin became an overnight NBA sensation. Allen produced a film, Linsanity!, and continues to manage Jeremy’s brand, which provides a platform to share the gospel and encourage Kingdom values around the world.

Meanwhile, Ayaka was praying for God’s direction for her life. While many people see Silicon Valley as a place of wealth and happy endings, that’s not the complete picture. In 2011, Ayaka met a director of a home for single mothers in East Palo Alto, and started volunteering. Palo Alto is home to Stanford University, Hewlett Packard, and Tesla, and it was the early home of many companies including Google, Facebook, Pinterest, and Intuit. But East Palo Alto is like a totally different world. About 65 percent of East Palo Alto is Latino, with another 15 percent being African-American. The prosperity of Silicon Valley has largely passed by this community.

When Ayaka met the ladies at the home, it broke her heart. She could relate to the challenges of being a single mom, but she saw the cycle that many of these families went through, going from group home to group home and eventually ending up back on the street. Ayaka and Allen prayed for wisdom in what they could do. They felt convicted that they had been primarily using their God-given talents to help rich people get richer. They especially felt convicted by Leviticus 25. The Lord is speaking to Moses and says “If your brother becomes poor and cannot maintain himself with you, you shall support him as though he were a stranger and a sojourner, and he shall live with you. Take no interest from him or profit, but fear your God, that your brother may live beside you.” (Leviticus 25:35-36)

Even before feeling called to start a ministry, Ayaka used her skills to work with the ladies to make a product and sell it at a fundraiser for the group home. For the first time, they didn’t feel like they needed to cash in on pity, but were proud of the product they produced and how it was valued by the buyers. This experience became the basis for EPA Made. Ayaka works with the ladies to develop new products and produce them. Allen’s eCommerce leadership helped make them available around the world. They have also opened a Thrift Store and a physical shop for the EPA Made products.

EPA Made is providing more than jobs for single-mom families. It is providing them with practical skills in design, manufacturing, pick-pack-and-ship, retail, and eCommerce that can prepare them to participate in the economy growing around them. They also provide discipleship and accountability towards change in important life skills, such as financial literacy, healthy parenting, and growth mindset. More than anything, EPA Made provides hope to the hopeless.

Ayaka says, “In the scriptures, we see God’s heart to care for the widows, the orphans, those who are forgotten, those who are weak, those who can’t take care of themselves. It’s a community response. We as a neighbor have a responsibility to care. And if we are given enough, or more than enough, then we should care; we should share. That is the heart of EPA Made.” She goes on to explain, “People are so stuck in depression, so stuck in generational poverty, so stuck in this dark pit that they think they can’t get out of. But that’s not true. We want to let hope rise in EPA.” 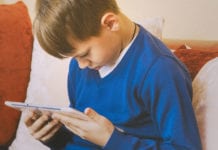