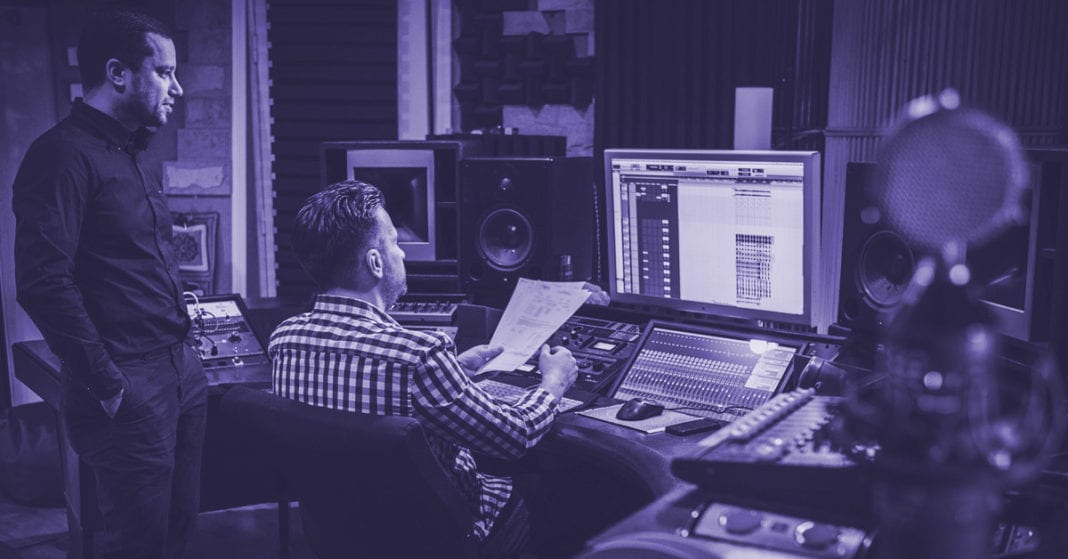 Let me share with you the best free recording advice money can buy. It starts with five bad questions you shouldn’t ask.

Once I was complaining to an older studio veteran about the headaches I was having self-producing a record for my band. He responded with one of the best axioms I’ve ever heard, something that I still think about on a near-daily basis.

“Making a great record is a lot like flying a plane. If you have a good approach, you’ll have a good landing. If you take the wrong approach, it’s going to be a disaster.”

I’ve never flown a plane, but you get the idea. I had so much excitement about recording my songs and the mystique of going in “The Studio” that I blew by several crucial phases of planning, and now was in the very common situation of trying to piece together a record through endless edits, overdubs, and mix trickery.

To help prevent others from ending up in this situation, I’ve compiled a list of the [five] most common bad questions I get from prospective clients, and I’m going to try to answer them with better questions that should lead you to the right approach.

Bad question #1.) Can’t we just do it ourselves?

Now that everyone has a laptop and GarageBand, and with quality recording gear getting cheaper all the time, it’s understandable that many people consider the DIY approach. The truth is, you can do it yourselves, but in most cases, you shouldn’t. I’m being honest because I want to help you: In most cases (like with my first band) these records sound really terrible. Yeah, your girlfriend is going to love it, and you and your bandmates are going to be enamored with it because it’s from your heart, but that’s where it stops. As the saying goes, you don’t get a second chance at a first impression.

Really learning the art of recording takes about as long as learning an instrument. If you’re not looking to dedicate years and thousands of dollars to this pursuit, you should adjust your expectations. Documenting song ideas, musical skill development, demoing, and making scratch tracks are great uses for a small recording setup that can be put together pretty inexpensively.

I often tell artists that are intending to go the DIY route to keep track of their hours and pretend they were paying themselves minimum wage for all that time spent Googling (usually at 2 a.m.) “why don’t my drums sound good.” If you do that, you’ll find in the end that it would’ve actually been cheaper to hire a reasonably priced professional, also it would’ve been way more fun, also you would’ve ended up with a better record.

Better question: What can we do on our own time and with our own gear to make sure we are as prepared as possible for this project?

Bad question #2.) Can I visit the studio and do a tour?

Basically, studios all do the same thing: capture audio. I’m not saying all studios are created equal, but I do want to tackle the ridiculous hyped magical mystique of “The Studio.” As I referenced earlier, there is this fairy tale affinity for the studio environment because we’ve all seen so many movies and heard so many stories, and we want to create our own legend, too. We want to sit on that couch behind the big mixing desk and tell each other it’s a hit. We want someone to call so we can tell them, “I’m in The Studio”. We must Instagram everything.

The only thing wrong with that childlike sense of wonder about the whole thing is that it gets in the way of you making the right decision for recording a quality project. Are you making your decision on where to make your record based on the artist lounge? Of course not.

ALSO: PRODUCING YOUR OWN WORSHIP ALBUM? HIRE A PRODUCER!

Big expensive recording facilities (just like the big budgets for making records) are rapidly becoming a thing of the past. So many of the big facilities I’ve been in in the last [five] years have been totally underwhelming if you actually know what you’re looking at. In many places that giant mixer is just a stand for the computer.

Check out, for comparison, the place that Taylor Swift made her first [three] records with Nathan Chapman. This is by and large where the world is going (and really already has gone). Don’t make a decision based on [the] amount of knobs and blinking lights. Looking for the most visually appealing place is not the way to do it, if what you care about is a great record. What you want to focus on is the quality of the work of the people you’re hiring, and secondly, will you like working with them. This is where a pre-production meeting may be absolutely necessary. Find out if you can afford to hire someone that worked on a record you love. Often, you actually can.

Better question: Can I listen to some things that you’ve worked on in my genre?