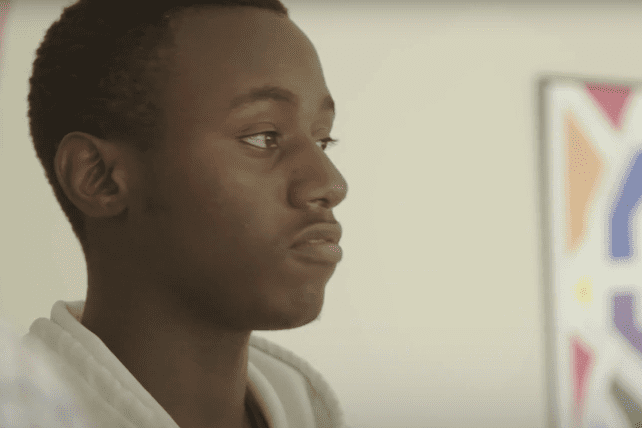 June 20 is World Refugee Day, a day set aside to bring awareness to the growing refugee crisis that is shaping up to define our age. This year, a Baptist church in North Carolina has garnered the attention of the UN Refugee Agency (UNHCR) as they set aside their fears in order to obey a biblical command to help others.

“It is my faith in God that shapes a commitment to refugees,” says Pastor Bill Bigger of Hope Valley Baptist Church in Durham, North Carolina.

The church converted a brick building on their property, fittingly named Hope House, into a place where refugees arriving in the country can find shelter. Their members are also reaching out in other ways to help, doing things like teaching English and donating time and resources to keep the house running.

“We certainly heard folks concerned about whether these folks will be dangerous or whether refugees are coming to take over, to create Sharia law to take over our way of life and defeat us from the inside out,” Pastor Bigger told UNHCR.

The church took about four or five months to discuss and discern whether or not to help the refugees. During this time, Pastor Bigger preached on the biblical principles of “helping the stranger and to be a neighbor to people no matter their backgrounds.”

After answering a lot of questions, including addressing his congregation’s concern with the vetting process, Bigger said when put to a vote, 84 percent of the church approved of the project to help refugees. Hope House opened in March of this year.

The Hetier family, refugees from the Democratic Republic of Congo, are featured in the video below. The family, consisting of mother Odette, 16-year-old John and 13-year-old Mariam, fled their home in 2011 and were living in Kenya before making it to North Carolina. The family moved into Hope House after Odette fell ill earlier this year.

CNN put together an informative article on the dire state of refugees this World Refugee Day. Briefly, this is worst refugee crisis the world has ever seen. The UN estimates that over 65 million people have been forcibly displaced from their homes. To put this in perspective, “that’s like the entire population of the UK or France, or about as many as everyone in New York state, Texas and Florida,” CNN reports. Additionally, more than half of all refugees are children.

People are forced to flee their homelands for a variety of reasons, including war, famine and persecution. As countries unaffected by these traumas struggle to help, only 1 percent of refugees are settled in any given year. In 2016, for instance, only 150,000 refugees were resettled.

When presented with the question, “Should we concern ourselves with caring for our own?” Pastor Bigger said, “It’s not an ‘either-or’ but a ‘both-and.’”