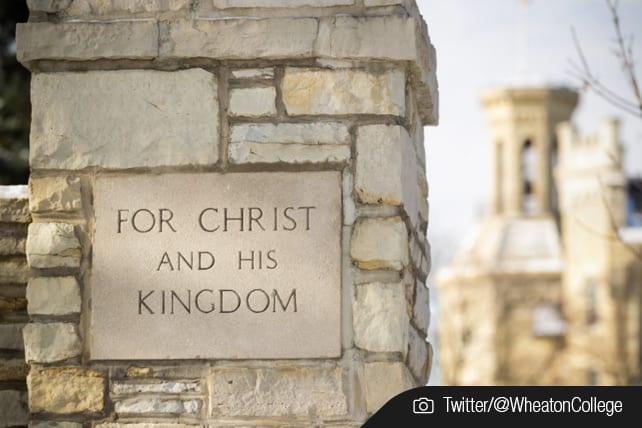 It’s been two weeks since the invitation-only Wheaton meeting of evangelicals was held at Wheaton College, but both Christian and secular media are still running op-ed pieces about the gathering.

The purpose of the meeting was to discuss the state of evangelicalism since the 2016 election, but many news accounts described the sessions as “Trump-bashing” and political. The latest editorial pieces appear aimed at refuting those characterizations.

“I WAS a participant in the room and can assure you these reports are inaccurate and exaggerated.

“We gathered to have an honest, and at times uncomfortable, conversation about the current state of American evangelicalism. All of the issues discussed predated the 2016 election and the focus of the dialogue was not the President or any current policy matters. The focus was how to have a consistent Christian public witness that affirms the dignity of all people as created in the image of God. We explored our history and affirmed when evangelicals did this well, and when necessary we lamented when we have not. There were extended times of prayer, confession, repentance and open discussion. And, yes, we prayed for President Trump.”

Peggy Wehmeyer, a writer and journalist, had a similar take in her op-ed for the Dallas Morning News. She wrote of the gathering,

“Their mission was not to bash President Donald Trump or draft a political platform Jesus might like.

“Instead the discussion was full of prayer, repentance and painful conversations about how the church has aligned itself so closely with Trump that the gospel, once synonymous with good news, has lost its meaning.”

Nevertheless, the meeting began with Mark Labberton, the president of Fuller Theological Seminary, telling attendees, “This gathering emerges instead from worry, sorrow, anger and bewilderment—whether we are Democrats or Republicans.” That so many white evangelicals supported Trump had created a “a toxic evangelicalism” that has turned “the Gospel into Good News that is fake.” He charged that U.S. evangelicalism had been complicit in violence against people of color over centuries, and that where denunciation was needed there had only been silence.

Tim Keller, the founding pastor of Redeemer Presbyterian Church, in Manhattan, also spoke on day one. He reserved judgment on the gathering but noted the church, like the culture, had become more politically polarized. “There’s now a red evangelicalism and a blue evangelicalism.” He said evangelicals are cherry-picking Bible verses to support their preferred political leanings. The focus of his talk, along with that of others, was not Trump’s policies and how they affect people, but the way politics have divided the church.

And the rest of the day’s speakers illustrated the chasm.

In a piece in the New Yorker titled At a Private Meeting in Illinois, a Group of Evangelicals Tried to Save Their Movement from Trumpism, Katelyn Beaty reported on the apparent deep divide.

“With a few exceptions, the older, white cohort stressed civility and unity. What the movement needed, they said, was a gentler evangelicalism that reached across partisan aisles for the common good. Others, especially the leaders of color, stressed repentance; there could be no real unity without white evangelicals explicitly confronting the ways in which they had participated in the degradation of persons of color and women. They contended that white evangelical churches and organizations had for decades supported a political agenda that deemed unborn lives more sacred than living black lives.

“The younger participants argued that what evangelicals need isn’t a kinder, gentler faith but a bolder one that speaks out against injustice and stands with the vulnerable.”

Beaty observed there were fewer people in attendance on the second day. “Some had to get back to their churches; at least two attendees left in protest that the tone was too critical of Trump and his Christian supporters.”

Day two included summaries and recommendations from leaders on issues such as Islam, immigration, racism, the media and the objectification of women. For more than an hour, participants stood up and, for the first time during the summit, addressed the entire group using a microphone.

But with disagreement over wording and with comments now on the record, no statement about the meeting was produced.