The bodies of 20 Coptic Christians who were beheaded by Islamic State terror group militants in February 2015 were finally laid to rest in Egypt’s Minya province, more than three years after they were kidnapped.

The victims appeared in an IS video lined up on a Libyan beach in orange jumpsuits, before they were executed for refusing to renounce their faith in Jesus Christ.

It is an image as recognizable and infamous as that of Thi Kim Phuc, the Vietnamese girl photographed running naked down a highway after napalm was mistakenly dropped on her village in 1972, or the man falling from the Twin Towers after 9/11.

They were buried as martyrs of the Christian faith, with Egyptian President Abdel Fatah al-Sisi himself ordering the construction of The Church of the Martyrs of Faith and Homeland in their honor. 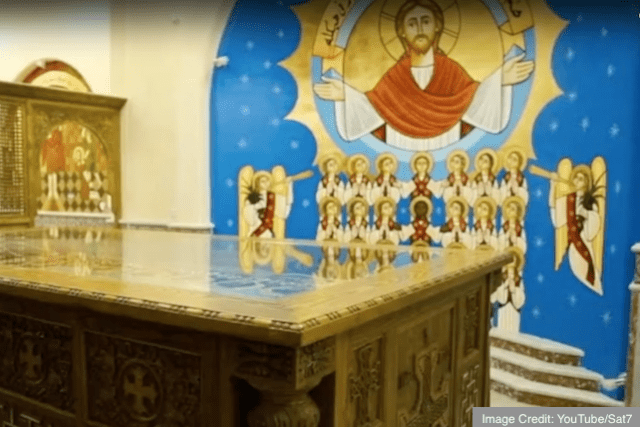 The victims had been among the many poor Egyptians who risked their lives to find work in the lawless chaos of Libya following the downfall of Muammar Gaddafi in 2011 and civil war.

Families of the Coptic Christians, including their children, have said that they are “proud” of the courage shown by these men.

“Everyone stood beside the martyr that belongs to him and cried a little, but they were tears of longing, nothing more,” said Bishri Ibrahim, father of Kerolos, one of the victims.

“But we are happy and joyful that they have returned to the village. This is a blessing for the country and to all Copts all over the world,” he added.

“I wanted to see Milad come back from Libya on his feet after his struggle and hard work to earn a living in a harsh life abroad,” said 55-year-old Zaki Hanna, the father of one of the victims.

“But thanks be to God, he died a hero, did not beg anyone to spare his life, and he and his brothers, the martyrs, did not abandon their faith or homeland.”

Bashir Estephanos, whose two younger brothers were killed by Islamic State in Libya, said all Christians in al-Our village had been praying for the past three years for the bodies of the martyrs to be found.

Libyan authorities recovered the bodies in October after the area where they were buried was recaptured from the militant Islamist group.

“Our Lord chose the right time for the appearance and return of the remains of the martyrs after the completion of the building of the Church of the Martyrs of Libya to receive the blessed bodies of the martyrs to be placed at the new church in the village,” Father Makar Issa, a priest at The Virgin Mary Coptic Orthodox Church in Egypt, told International Christian Concern at the time.

The remains of the victims, who were flown from Libya aboard a private jet to Cairo on Monday night, were placed inside cylinder-shaped containers covered in velvet cloth with the names of each victim and interred under the church altar.

Families said the burial place would be opened as a shrine for visitors.