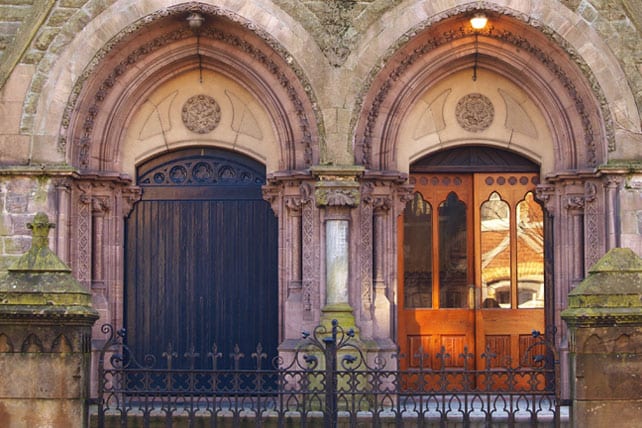 The Presbyterian Church in Ireland says it must stand with scripture and not allow gays to have membership in the church.

The Church’s doctrine committee concluded: “In light of our understanding of scripture and the Church’s understanding of a credible profession of faith, it is clear that same-sex couples are not eligible for communicant membership nor are they qualified to receive baptism for their children.

“We believe that their outward conduct and lifestyle is at variance with a life of obedience to Christ.”

It said the New Testament “unambiguously regards homosexual activity as contrary to nature, understood as God’s created order, and that it sets forth a permanent principle of creation, not a culturally limited perception.”

The Presbyterian Church said it “has a clear position on marriage and human relationships based on the teaching of the Bible” and taught that “homosexual activity is not consistent with Christian discipleship since it does not accord with the will of God expressed in his moral law.”

However, a church spokesman insisted that same-sex couples will not be prevented from attending worship, coming into church, receiving communion or having access to pastoral care.

The topic generated lengthy debate at the annual meeting in Belfast of the decision-making General Assembly. The debate lasted more than an hour as more than 20 people spoke.

One of those opposed to the policy was Alliance Party leader and Presbyterian Naomi Long.

“As a Presbyterian this grieves me greatly: My heart is broken today,” she wrote on Twitter. “I can only imagine the hurt this has caused to those from the LGBT community. It does not reflect the views of so many of us who love, respect and value you as family, friends and members of our community.”

The news was met with the departure to two high profile church members. But the Very Rev Dr Stafford Carson, convener of the church’s Doctrine Committee, said there will be no backing down from the new policy that means anyone in a same-sex relationship cannot be a full member.

He instead insisted, “We should set aside our own choices and preferences willingly, to live in a way that pleases Him who loves us beyond measure.”

The doctrinal statement drives a wedge between the Presbyterian Church in Ireland and the mother Church of Scotland. The Church of Scotland, founded by John Knox and grown by Robert Murray McCheyne, is taking steps toward approving same-sex marriage.

Rev Trevor Gribben, Presbyterian general assembly clerk, said this “demonstrated that a majority of assembly members felt that both denominations have drifted far from biblical truth in relation to marriage, and were in fact ignoring the authority of scripture.”