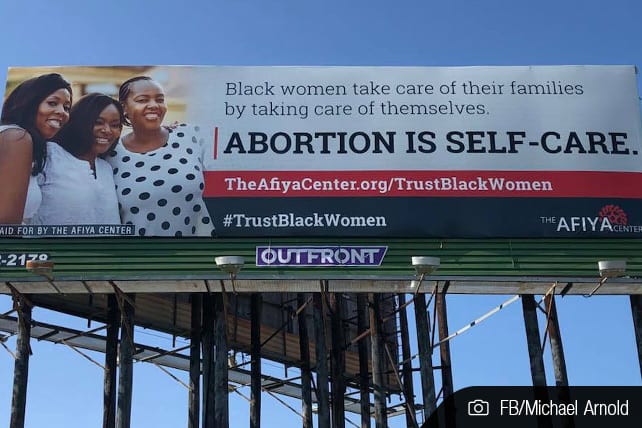 The Dallas-based Afiya Center, an advocacy group that focuses on women’s reproductive rights and health (including abortion), was slammed with comments that included complaints and kudos. Two key points were at the heart of the comments: 1. The issue of targeting African American women and 2. The issue of abortion.

REALLY???? REALLY?? So this is our self care huh? How insulting! 😡 #AFIYA pic.twitter.com/lERSUIjvnw

One commenter stated, “Black communities are being targeted by the abortion industry with black women three times more likely to abort their babies than white women.”

According to the Guttmacher Institute, that statistic seems to be true. The Guttmacher Institute touts itself as “a leading research and policy organization committed to advancing sexual and reproductive health and rights.” This chart shows that in 2014, there were almost three times as many abortions among Black non-Hispanic women than White non-Hispanic women between ages 15-44.

In response to the claims that The Afiya Center was targeting African American women, the organization posted this on their Facebook page: