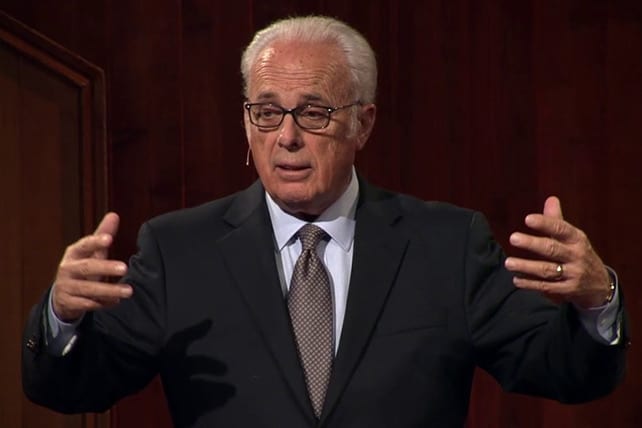 The release and subsequent signing by almost 5,000 people of the Statement on Social Justice and the Gospel spurs “productive conversation,” according to an article from the Baptist Press. The statement emanates from 14 male pastors who met at a coffee shop in Dallas, Texas, “having all expressed our growing concern with much that was taking place within evangelical circles under the banner of ‘Social Justice.’”

This meeting followed a series of blog posts from John MacArthur. MacArthur’s latest concern is to call out the increasingly popular “social justice” gospel as a dangerous false doctrine. He writes, “It’s my conviction that much of the rhetoric about this latest issue poses a more imminent and dangerous threat to the clarity and centrality of the gospel than any other recent controversy evangelicals have engaged in.”

Tom Ascol, the author of the statement and pastor of Grace Baptist Church in Cape Coral, Florida, writes that the statement is intended to “provoke the kind of brotherly dialogue that can promote unity in the gospel.”

Voices for the Statement on Social Justice and the Gospel

For those signees in support of the statement, one of the most compelling reasons they give is to protect the orthodoxy of Christianity. Their claim is that the statement affirms and upholds the truth of Scripture on all these issues.

Phil Johnson, executive director of Grace to You, writes in “A Gospel Issue?”:

“Social justice” (as that expression is used in the secular world or defined by practically any honest dictionary) isn’t really even a biblical theme. Nothing borrowed from worldly discourse should ever become a major theme in the message we proclaim to the world—not philosophy, politics, pop culture, or anything similar. Make any such topic a major theme alongside the simple gospel message and you are going against the strategy of the apostle Paul, who wrote, “I determined to know nothing among you except Jesus Christ, and Him crucified” (1 Corinthians 2:2).

Dear @bishopmckjr — This is one more prime example of what’s wrong with preaching today. We MUST not replace the gospel of Jesus with the empty wells of social justice. https://t.co/WFbexi2pI7 #statementonsocialjustice

Sarah Kerby (@sarahjkerby) agrees. She tweets: The #statementonsocialjustice summarizes the very basics of the Christian faith & how those biblically play out in our current lives. If that is controversial for you, Christian, then you need to read the Bible again & take a very close look at yourself. You’re missing something.

And Jeff Jones (@jefffones) tweeted this: =The #StatementonSocialJustice warns against confusing good and proper Gospel applications with the Gospel itself: “implications and applications of the gospel…though legitimate and important in their own right, are not definitional components of the gospel”