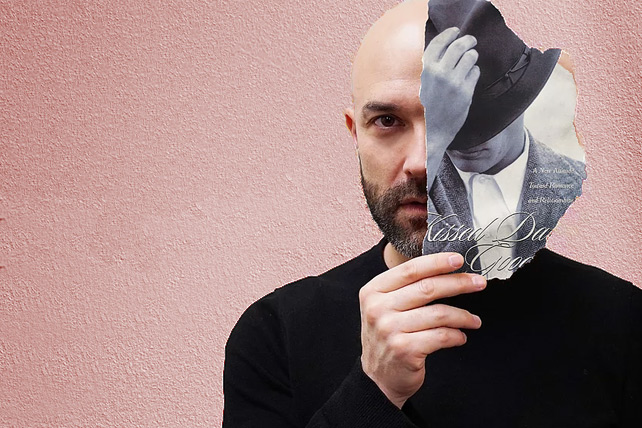 Editor’s Note: Joshua Harris wrote the incredibly popular book I Kissed Dating Goodbye in 1997 when he was just 21 years old. The book advised young people to follow Harris’ example of abstaining from dating in an effort to allow God to send a suitable spouse along.

While attending seminary in 2016 (more on the events that led to that decision to attend seminary after already having pastored a megachurch can be read here), Harris seriously started re-evaluating the book and its message. He has released a couple of videos asking those affected by the book to share their experiences with him—good or bad.

As many of our readers are likely familiar with the book and the message it brought to the Christian world, we asked Harris for permission to feature a statement he recently released about the book. The statement in its entirety appears below.

A Statement on I Kissed Dating Goodbye

For many years people have asked whether I still agree with my book I Kissed Dating Goodbye. In addition to this question, some readers have told me the book harmed them.

Two years ago I began a process of re-evaluating the book. This included inviting people to share their stories with me on my website, personal phone calls with readers, an in-depth study of issues surrounding my book overseen by one of my graduate school professors, and finally, creating a documentary film that captured the conversations with people who were reshaping my thinking.

For me, it’s been important for this process of reevaluation to engage other people and other voices. It has been drawn out because I did not want to be superficial in my response, and I have made it public because I think my reevaluation should be commensurate to the public reach of my book.

For those who would like to hear how my thinking has changed, the documentary I Survived I Kissed Dating Goodbye shares that story. The production company has communicated that the film will be released for free online sometime in early 2019.

While I stand by my book’s call to sincerely love others, my thinking has changed significantly in the past twenty years. I no longer agree with its central idea that dating should be avoided. I now think dating can be a healthy part of a person developing relationally and learning the qualities that matter most in a partner. I recommend books like Boundaries in Dating by Dr. Henry Cloud and True Love Dates by Debra Fileta, which encourage healthy dating.

There are other weaknesses too: in an effort to set a high standard, the book emphasized practices (not dating, not kissing before marriage) and concepts (giving your heart away) that are not in the Bible. In trying to warn people of the potential pitfalls of dating, it instilled fear for some—fear of making mistakes or having their heart broken. The book also gave some the impression that a certain methodology of relationships would deliver a happy ever-after ending—a great marriage, a great sex life—even though this is not promised by scripture.

To those who read my book and were misdirected or unhelpfully influenced by it, I am sincerely sorry. I never intended to hurt you. I know this apology doesn’t change anything for you and it’s coming too late, but I want you to hear that I regret any way that my ideas restricted you, hurt you, or gave you a less-than-biblical view of yourself, your sexuality, your relationships, and God.

And to those of you who benefitted from my book, I am so grateful that something I wrote helped you. The fact that a flawed man could write a flawed book and somehow that could help some people is amazing to me. But, to borrow an analogy from the automotive industry, if a car serves some people but a flaw in its design causes damage to others, good intentions by the carmaker and even the endorsement of other customers don’t override the problem. I cannot recall all the copies of my book that have been published. However, my public critique in written and documentary form, and the numerous media interviews I’ve done in the past two years, are my attempt to both apologize and spread the word of about the problems I see in it.

In light of the flaws I now see in I Kissed Dating Goodbye, I think it’s best to discontinue its publication, as well other supplemental resources tied to it (this includes the two books I wrote after it whose content is similar). My publisher, whose encouragement in this process has been deeply meaningful to me, supports this decision and will not reprint the books after the current copies in their inventory are sold.

Whether you agree or disagree, I hope you’ll think for yourself and be compassionate toward those whose experience has been different than yours.

Thanks for reading. I wish you all the best on your journey.