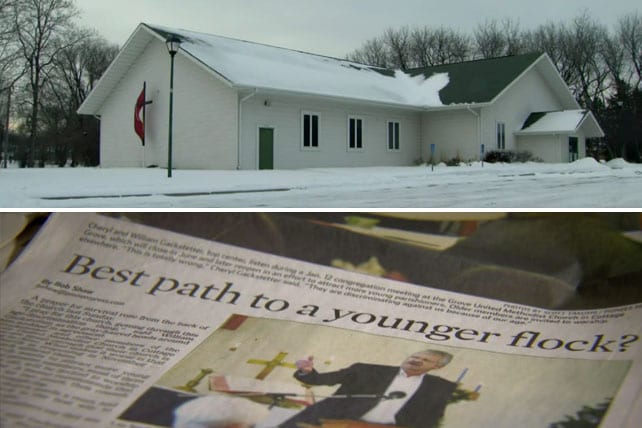 Cottage Grove Church, a small church in Minnesota, has made national headlines for “all the wrong reasons” according to church leadership. Headlines from outlets across the country declared the church was pushing out members older than 60 in the hopes of attracting new, younger families and thus revitalizing the church. The church is preparing for what leadership calls a “relaunch” and some members of the church, who happen to be older, feel the effort is designed to push them out of a church they’ve been loyal to for decades.

“Everybody is welcome. Our hope is [the older members are] not going anywhere. This is their church,” Lead Pastor Daniel Wetterstrom told reporters.

Wetterstrom oversees the Cottage Grove location of The Grove United Methodist Church, which is the subject of controversy. The pastor also oversees another, larger location in neighboring Woodbury, Minnesota. Cottage Grove’s average weekly attendance is around 30 people, while the Woodbury location sees closer to 400 people each week.

While Wetterstrom says everyone will be welcome at the newly relaunched church, that’s not the message some members received when leadership explained the process of and timeline for the relaunch, which they call the Planting Project. The plan is to temporarily close the Cottage Grove church in June and reopen later this year to allow for work on new programing, a new worship style, and building updates. The church will also get a new, young pastor, a United Methodist clergy member named Jeremy Peters who is experienced in starting new churches.

Cottage Grove Church Has Been Struggling for a While

Additionally, the town of Cottage Grove (which sits just to the southeast of St. Paul, Minnesota) is growing, yet the town’s number of churches has not grown with it. Meaning the church is losing out on potential growth for itself.

The Cottage Grove church was founded 30 years ago by pastor Jim Baker. Seven years ago, leadership in the United Methodist Church decided the denomination could no longer pay a pastor at Cottage Grove due to financial struggles and low membership numbers. Baker still attends the church, although he is not on staff in an official capacity. Currently, lay leaders give a sermon each week and the congregation sings songs from a hymn book with the help of a choir.

Tensions Lie in the Relaunch

This change of programing and worship style may be where the tension lies between some church members and the leadership. Another point of contention, Wetterstrom believes, is the fact that the church will be closed for several months. Speaking to the Washington Post, Wetterstrom said “People are disappointed that the service is being canceled.”

According to Cottage Grove member Cheryl Gackstetter, the church expects the current members to be “silent partners, and still give money” during the relaunch phase. However, a letter sent to congregants on Tuesday, January 21, indicates the leadership would like the input of the older members:

The worshippers at Cottage Grove location are beloved members of our church family; their presence and contributions are part of our identity. The Cottage Grove members have been invited to serve on a transition team to identify the traditions and values that are important to them and to explore options during and after the relaunch. We are working to connect them to the existing worship services in Woodbury or help them continue as a group at a different time and/or location after the building closes to prepare for the relaunch. We recognize that people may have a range of feelings about the Planting Project. We acknowledge and honor these feelings, and we seek to be a safe space where all these emotions are welcomed and affirmed.

Another point of contention, and possibly misunderstanding, seems to lie in Wetterstrom’s timetable for the transition between the church as it is right now and the newly relaunched church. In a written communication to church members, Wetterstrom wrote “15-18 months after weekly worship is launched at Cottage Grove campus—those members of the current campus who are interested in migrating back…connect with Jeremy about how to best make that transition.”