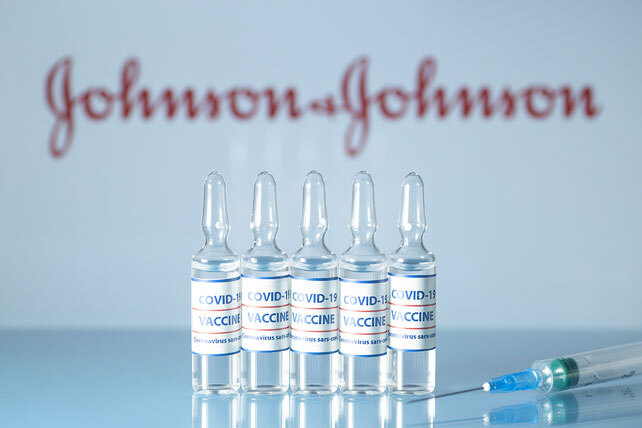 After half a million of our fellow Americans have died to the COVID-19 pandemic, the country seems almost right on the verge of hope. Vaccines were developed with record-setting speed, and have proven both safe and effective. After the Pfizer and Moderna vaccines have been on the field now for a while, the Food and Drug Administration (FDA) just authorized a third—by pharmaceutical company Johnson & Johnson. This vaccine has made news—both in terms of the images of trucks headed for parcel distribution hubs for delivery and, less noticed, a denunciation from the Catholic Archdiocese of New Orleans, later joined by the Catholic bishops nationwide, arguing that Catholics, when possible, should take one of the first two vaccines but not the Johnson & Johnson version because, they argue, it is linked to cloned stem cells derived from abortions that took place decades ago.

The bishops’ recommendation was not quite as fiery as many headlines reported. They did not argue that taking the Johnson & Johnson vaccine was morally sinful or that no one should take it, just that Catholics should choose the Pfizer or Moderna vaccines over Johnson & Johnson, when such a choice is possible. The Vatican has already announced that COVID-19 vaccines are not only morally acceptable but to be commended in the fight against this dread disease.

Some have wondered, seeing these headlines, whether taking a COVID-19 vaccine would cause them to be involved, somehow, in abortion or embryonic stem-cell research or in any way the taking of a human life.

The intuitions behind this question are good and sound. The question assumes a foundational biblical truth that is often pushed aside in these times: namely, that a Christian may not do evil that good may come out of it (Rom. 12:21). In a day when “lesser of two evils” ethics and “whataboutism” have upended Christian witness, with Christians affirming much that they previously denied in order to justify remaining loyal to their temporal tribes, we should be thankful, at least, when the right questions are asked.

The issue is the use of cell lines, which were originally derived from abortions, in either the development stage (Moderna and Pfizer) or production stage (Johnson & Johnson) of the vaccines. It is important to note that although the cell lines potentially originated from abortions, no cells remain from the original fetal tissue in these cloned cells, and the cell lines no longer contain fetal tissue or body parts.

We should always work to prevent authorization or funding of embryonic research derived from abortions—both because of reverence for the body and because such research incentivizes further attempts to see vulnerable human life as a means to an end. That’s why I’ve worked with coalitions of Roman Catholics and others to do away with such research and, in more recent days, in petitioning the FDA to ensure ethical means of vaccine production. This kind of advocacy has led to several positive developments, such as an unethically-produced polio vaccine being replaced by those without such concerns and the National Institutes of Health approving a new study that will develop ethical cell lines for future use to avoid these ethical conflicts.

The Ethics of the Johnson & Johnson Vaccine

Still, the Johnson & Johnson vaccine is already developed. Does taking it involve moral cooperation with abortion?

Most people asking me this question aren’t asking me if they should violate their conscientious objection to the Johnson & Johnson vaccine. To them, I would turn to Romans 14:23 and say, with the bishops, seek out one of the other vaccines. But most people asking me this question don’t have conscience objections to taking the Johnson & Johnson, but wonder if they should have such objections. Short answer: no.

Opposing unethical means of research does not mean that people must shun medical treatments that are discovered through these means.

Consider a few analogies. Catholic philosopher Christopher Tollefsen, making the case for the ethical rightness of taking the vaccine, argues, rightly, that discerning such questions requires asking whether one—in doing any act—is participating in or cooperating with evil. If we are cooperating in an evil, we cannot do the act—no matter the “greater good.” He argues, though, that, even if a vaccine were to come about through some illicit means, one taking the vaccine is not thereby endorsing or empowering those illicit means.