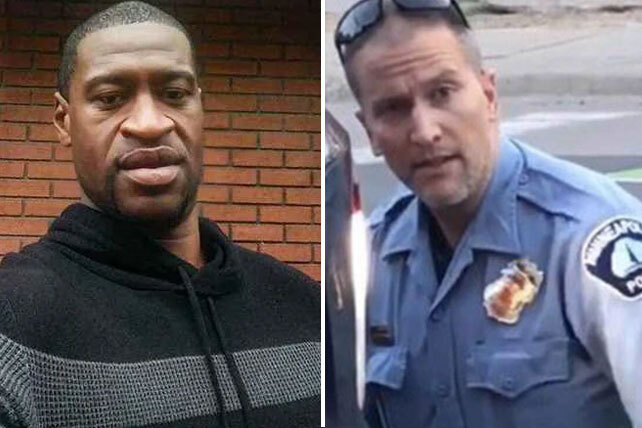 We first heard those words nearly six years ago out of the mouth of Eric Garner as he lay face down on the pavement of a New York City street. And his dying words certainly produced a national response. Protests erupted around the country and then redoubled the following month after Michael Brown was killed in Ferguson, Missouri. Those two events in the summer of 2014 catalyzed the nascent Black Lives Matter movement that had begun to take shape the previous year after George Zimmerman was acquitted in the death of Trayvon Martin. These past seven years have intimately acquainted us with civil unrest motivated by ethnic division.

And yet, this feels different.

When we all watched George Floyd’s body go limp, something snapped. It seemed to be one of those rare moments when the collective conscience of an entire nation was lit on fire. That conscience had begun to flare up a time or two in recent years, but this past week it was set fully ablaze. Perhaps it was because the coronavirus has changed us and heightened our sensitivities. Perhaps we were primed in the preceding weeks by Ahmaud Arbery and Amy Cooper. Regardless, nearly everyone I know felt something deeply. Sadness. Rage. Determination.

Of course, then the riots and looting started, and as they did, you could feel things change. We all began to gravitate toward different ideological camps. Now that multiple injustices were emerging, each of us had to decide which injustice deserved to be accented. “Yes, X was unjust, but what about Y?” Whatever you substituted for X and Y was pretty telling and definitely contentious.

But before it all completely devolves into the same old political squabbles, can we rescue this moment and let it do a work in us? After all, I believe in a redemptive God. He will bring good out of this. But how? What does he want to do with us? The list is long, but perhaps it begins with identification. I believe that God wants us to identify with others, and to do so in two ways.

I mentioned in a sermon a few weeks ago that my daughter has changed me. Before adopting an African American girl, I think I could recognize racial injustice, but it wouldn’t necessarily have a visceral effect on me. I could give a nod toward the unfairness of some racially motivated killing, but it didn’t take the breath out of me as it does now. I certainly have not arrived, but I think I’m beginning to at least scratch the surface of seeing things through black eyes. I’d like to invite you to join me.

I read an essay recently, written in 2016, by a Jamaican man named Garnette Cadogan who moved to New Orleans and eventually to New York as a young man in the late 1990s. It’s a longer read, but well worth your time. He describes what he unexpectedly encountered in those early days in New Orleans:

“Within days I noticed that many people on the street seemed apprehensive of me: Some gave me a circumspect glance as they approached, and then crossed the street; others, ahead, would glance behind, register my presence, and then speed up; older white women clutched their bags; young white men nervously greeted me, as if exchanging a salutation for their safety: “What’s up, bro?” On one occasion, less than a month after my arrival, I tried to help a man whose wheelchair was stuck in the middle of a crosswalk; he threatened to shoot me in the face, then asked a white pedestrian for help.

I wasn’t prepared for any of this. I had come from a majority-black country in which no one was wary of me because of my skin color. Now I wasn’t sure who was afraid of me. I was especially unprepared for the cops. They regularly stopped and bullied me, asking questions that took my guilt for granted. I’d never received what many of my African American friends call “The Talk”: No parents had told me how to behave when I was stopped by the police, how to be as polite and cooperative as possible, no matter what they said or did to me. So I had to cobble together my own rules of engagement. Thicken my Jamaican accent. Quickly mention my college. “Accidentally” pull out my college identification card when asked for my driver’s license.”

What might that do to you if others regularly crossed the street to avoid you? How would you see the world if you experienced just one encounter with police like he described? How would it affect you if your guilt was taken for granted? Soon, race would dominate the way you viewed the world. Most of us who are white aren’t Jim Crow kind of racists, but I think we should understand how it lands on black people when we shrug at the issue that has so defined their experience of reality.

In Acts 6, we read about a situation in the early church in which Greek widows were being neglected in the daily distribution of food in favor of the Hebraic widows. Once brought to the attention of the apostles, they organized a system to address this injustice. Specifically, they chose seven deacons to devote themselves to the fair distribution of church resources to the needy widows. The interesting thing, though, is that all seven were Greek. They didn’t create a team that equally represented each ethnicity. Instead, they weighted the representation (fully) toward the neglected group. Did this mean that the Hebraic widows didn’t matter? Of course not. Rather, they recognized a need to give special attention to the minority party. In order to achieve fairness, the needs of one group needed to be highlighted.

Now I can understand feeling the need to guard against certain ideologies. In different contexts, we as a church have highlighted the dangers of critical theory, cultural marxism, identity politics, etc. I see weaknesses in these types of ideologies that can and will yield bad fruit. However, in our emphasis on protecting ourselves from imbalanced ideologies, have we neglected basic compassion? And is that the pattern that Jesus confronted so vehemently?

Okay, but why such anger? Why such destruction? Why not something more civil and peaceful? Well first, let’s not just consider the small minority of looters and rioters. Clearly those people are in the wrong. But rather let’s consider the people that are just plain mad. Can we step into their shoes?

“Yes, protests often are used as an excuse for some to take advantage, just as when fans celebrating a hometown sports team championship burn cars and destroy storefronts. I don’t want to see stores looted or even buildings burn. But African Americans have been living in a burning building for many years, choking on the smoke as the flames burn closer and closer. Racism in America is like dust in the air. It seems invisible — even if you’re choking on it — until you let the sun in. Then you see it’s everywhere. As long as we keep shining that light, we have a chance of cleaning it wherever it lands. But we have to stay vigilant, because it’s always still in the air.”

After all, there’s something in each one of us that senses that the unjustified taking of a life requires severe punishment. We can debate capital punishment and how to apply certain biblical principles, but Genesis 9:5-6 clearly demonstrates that human life, made in the image of God, is of great value and cannot be easily discarded. We’re all programmed with that understanding. That’s why we see such emotional responses when life is taken unjustly.

What happens to a dream deferred?

Or does it explode?

And this is especially true when the killing feels personal. White people find it difficult to relate to this because we don’t often see ourselves as a we. When you’re in the minority, though, you tend to develop a close solidarity with others who are like you. You’re family. Another person’s experience becomes your own.

So can we put ourselves in the place of someone who has experienced genuine racism and extremely frightening situations? Someone who has tried to address these situations in a variety of ways but has seen no measurable progress? And someone who identifies very closely with the victims and their families? I think we must. This is our opportunity to truly empathize in a way that perhaps we never have.

And yet the black community is not the only group to identify with. Regardless of ethnicity, we must also do the uncomfortable work of considering how much Derek Chauvin is in each one of us.