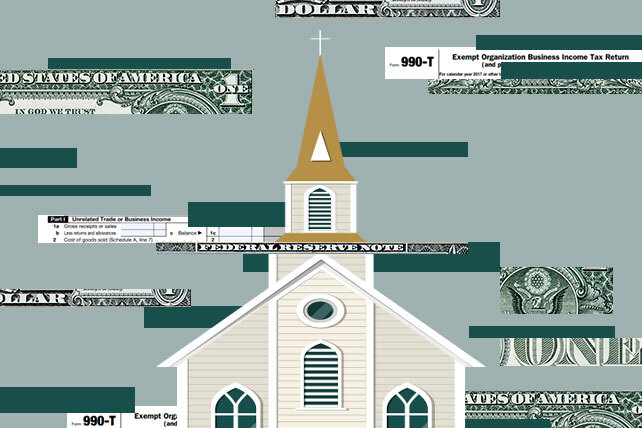 (THE CONVERSATION) The hashtag #TaxTheChurches began trending on Twitter in mid-July.

The spark was allegations about the wealth of celebrity pastor Joel Osteen. But it wasn’t the first time that “tax the churches” has circulated. In fact it is slogan that long predates social media – Frank Zappa was singing it back in 1981 and Mark Twain expressed similar sentiments many decades before that.

As a sociologist of religion, I’ve long been interested in why religious institutions are exempt from certain taxes and what that means in potential lost revenue for the U.S. In 2012, I examined this issue and estimated that in total, churches in the U.S. get out of paying around US$71 billion in taxes annually.

Auditing the house of God

Most religious organizations are exempt from a variety of taxes that individuals and businesses are required to pay, like income and property taxes. These exemptions began formally in 1913 at the federal level, though there is a much longer history of exempting charitable, educational, scientific and religious institutions from taxation.

It is important to note that faith organizations can be exempt from paying taxes solely based on their religious work, not for any other charitable endeavors. Churches and religious organizations – which the IRS loosely defines as entities organized for “religious purposes” or for “advancing religion” – are listed separately from other tax-exempt entities and charities and can be subject to different rules. Some religious congregations do engage in relief efforts for the poor and needy, but many do not. And of the ones that do, many give a very small amount of their revenue for such charitable purposes.

Additionally, unlike charities, churches and other places of worship are not required to report any financial information to the IRS. The IRS encourages churches to do so, but they are not required to. And it can be an onerous process for the IRS to gain approval to audit places of worship, requiring prior evidence of abuse of tax exemptions reported by a high-level Treasury employee.

In many places in the U.S., income is taxed at the local, state and federal levels. Religious institutions do not pay any income tax at any level of government. Additionally, individuals and corporations that donate to religions can deduct those expenses – once they are above a specific amount – from their taxable income.

Religious organizations also pay no taxes on their investments, whether it be interest they earn on their investments or in capital gains – the increased value of stock from when the stock was purchased. As such, they are able to invest excess revenue in the stock market or other investment instruments but pay no taxes on the corresponding earnings. One Fortune 500 company, Thrivent, originated as a financial services organizations for Missouri Synod Lutherans in 1902, and then for all Lutherans in the 1960s. It was called Thrivent Financial for Lutherans up to 2014, but it now manages the investments of members of many religious congregations as well.