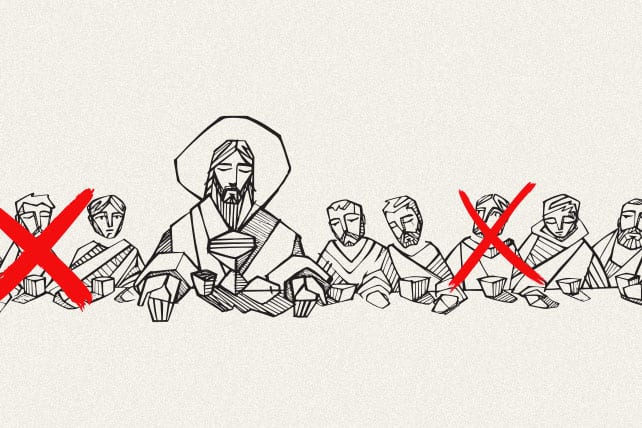 (THE CONVERSATION) Blink and you may have missed one of the more recent controversies over cancel culture.

On March 23, 2021, columnist Hemal Jhaveri published an opinion piece at For The Win, a sports commentary website operated by USA Today. In it, she remarked on the “Cinderella story” then forming around the surprising success of Oral Roberts University, an evangelical Christian school, in the NCAA Men’s Basketball Tournament. Rather than cheer, Jhaveri suggested, fans should protest the team over the “university’s deeply bigoted anti-LGBTQ+ policies.”

Two days later, USA Today published a response by Ed Stetzer, a professor at the evangelical Wheaton College, who criticized a supposed “mob” for rushing to cancel ORU from March Madness. Ironically, it was Jhaveri who was canceled – that is to say, fired – by USA Today the next day in the wake of a tweet about mass shootings, one that she would acknowledge was ill-considered. ORU’s basketball team, meanwhile, was removed from the tournament not by howling protesters but by Arkansas in a Sweet 16 matchup.

Extensive debate has swirled around the purpose, effectiveness and even the very existence of what has been called “cancel culture.” The phrase itself may have originated as a joke. But the phenomenon is rooted in what has been characterized as efforts by political progressives to “call out” individuals and organizations engaged in offensive or damaging behavior. It entails public efforts, usually on social media, to shame the perpetrator and instill consequences and has been seized on by many on the political right as a wedge issue in the so-called culture wars.

But “canceling” is not wholly embraced on the left, nor is it unknown among political or religious conservatives.

In fact, cancel culture should have a ring of familiarity for Stetzer, a Southern Baptist. As a scholar of practical and political theology, I see echoes of the phenomenon in the history of the church.

From their origins in the 17th century through the late 19th century, Baptists in America – most especially in the South – vigorously engaged in the practice of church discipline. Believers who had allegedly sinned would be accused, tried and then convicted by their peers – the verdict was decided by democratic vote. While the repentant were restored to fellowship, the obstinate were excommunicated, or to borrow from today’s parlance, “canceled.”

Baptists prosecuted their own for a panoply of offenses, including alcoholism, social dancing and erroneous beliefs. They disciplined white males for mistreating their wives and slaves, but they also disciplined wives for disobedience to their husbands.

At its height, the church discipline generated a massive turnover in membership. The historian Gregory Wills, in his book “Democratic Religion,” claims that Baptists in Georgia excommunicated more than 40,000 members in the years preceding the Civil War.

Church discipline relaxed over time and essentially disappeared by the end of the 1920s. But some Southern Baptists today aim to restore its place in congregational life as a bulwark against what they see as “moral relativism” and a way to address what they see as offenses such as homosexuality, sex outside of marriage and false teaching.

At first glance, evangelical disciplinarians and progressive “cancelers” may seem worlds apart. Yet I believe they share certain key features. They both express what can be described as a purity ethic that aims to root out behaviors deemed to be harmful from the body politic.

Both struggle with the question of appropriate response. Do the offender’s actions warrant exclusion? Is there an opportunity for rehabilitation and, if so, how is this achieved?

Both disciplining and canceling are also, in my view, acts of meaning-making that may be called religious. As the sociologist Peter Berger famously argued, religion erects a “sacred canopy” that provides order to one’s experience of the world. Secularization has, in many cases, transferred the function of religion to other domains, especially politics.

So, just as a Baptist in 1821 maintained his sacred canopy, the Kingdom of God, in part through upholding church discipline, a political activist in 2021 might maintain their “sacred canopy” – whether it is called “social justice” or “freedom” – by calling out opinions they consider too abhorrent to be tolerated in contemporary society.

[Explore the intersection of faith, politics, arts and culture. Sign up for This Week in Religion.]

We not only discover a form of “cancel culture” in the history of American evangelicalism, but also some examples of how to overcome the polarization that often defines its contemporary expressions.

In 1817, one “Brother Lancaster” was brought before the membership of Powelton Baptist Church for allowing dancing at his daughter’s wedding. Lancaster admitted his guilt but turned accuser, declaring that the church had neglected to address weightier sins, including favoritism of the rich over the poor. The pastor, Jesse Mercer, was brought to tears and prayed for reconciliation. The church welcomed Lancaster back in to the fold, then broke into song.

For a fractured nation, Lancaster’s story provides an important reminder from Stetzer’s and my ancestors in faith. The quest for moral accountability finds its greatest successes – and surprises – when rebuke and counterrebuke give way to authentic listening.

Rev. Dr. Christopher Schelin serves as an administrator and faculty member at Starr King School for the Ministry. His primary role is coordinating student services programs as the Dean of Students. As the Director of Contextual Education, he oversees praxis-oriented learning opportunities beyond the classroom, such as field education internships and clinical pastoral education.