(RNS) — As California aims to become a sanctuary for out-of-state patients seeking abortions, Kathleen Domingo, executive director of the California Catholic Conference, is calling on Catholics to recognize this as “our moment.”

“We’re in a position here in California where we really have a fight on our hands,” Domingo told Current News, a Catholic news TV show, on Monday (Dec. 20).

Domingo sees this as a moment for Christians to unite in support of local pregnancy resource centers and life-affirming pregnancy clinics and for Catholic parishes to reach out to families and women in need.

“This is just the time for our Catholic community to do more of what we’ve always done and to be very intentional about the fact that we are helping people,” Domingo told Religion News Service. “We are equipped to be able to do that.”

Expecting a rush of pregnant people seeking abortions to flood into California if the U.S. Supreme Court overturns Roe v. Wade, the California Future of Abortion Council, which consists of more than 40 abortion providers and advocacy groups, released a list in early December of 45 recommendations for the state to, as Gov. Gavin Newsom said, “support that inevitability.”

“We’ll be a sanctuary,” Newsom said.

Newsom has said some of the report’s details will be included in his budget proposal in January.

The report recommends funding — including public spending — for travel, lodging and child care expenses for those seeking abortion in the state, as well as reimbursing abortion providers for services to those who can’t afford to pay.

Advocates want to expand the number of abortion providers with the proposed California Reproductive Scholarship Corps, open to those training as physicians or nurse practitioners in underserved areas in the state. They also want to require primary care and family medicine education programs to provide training in abortion care. 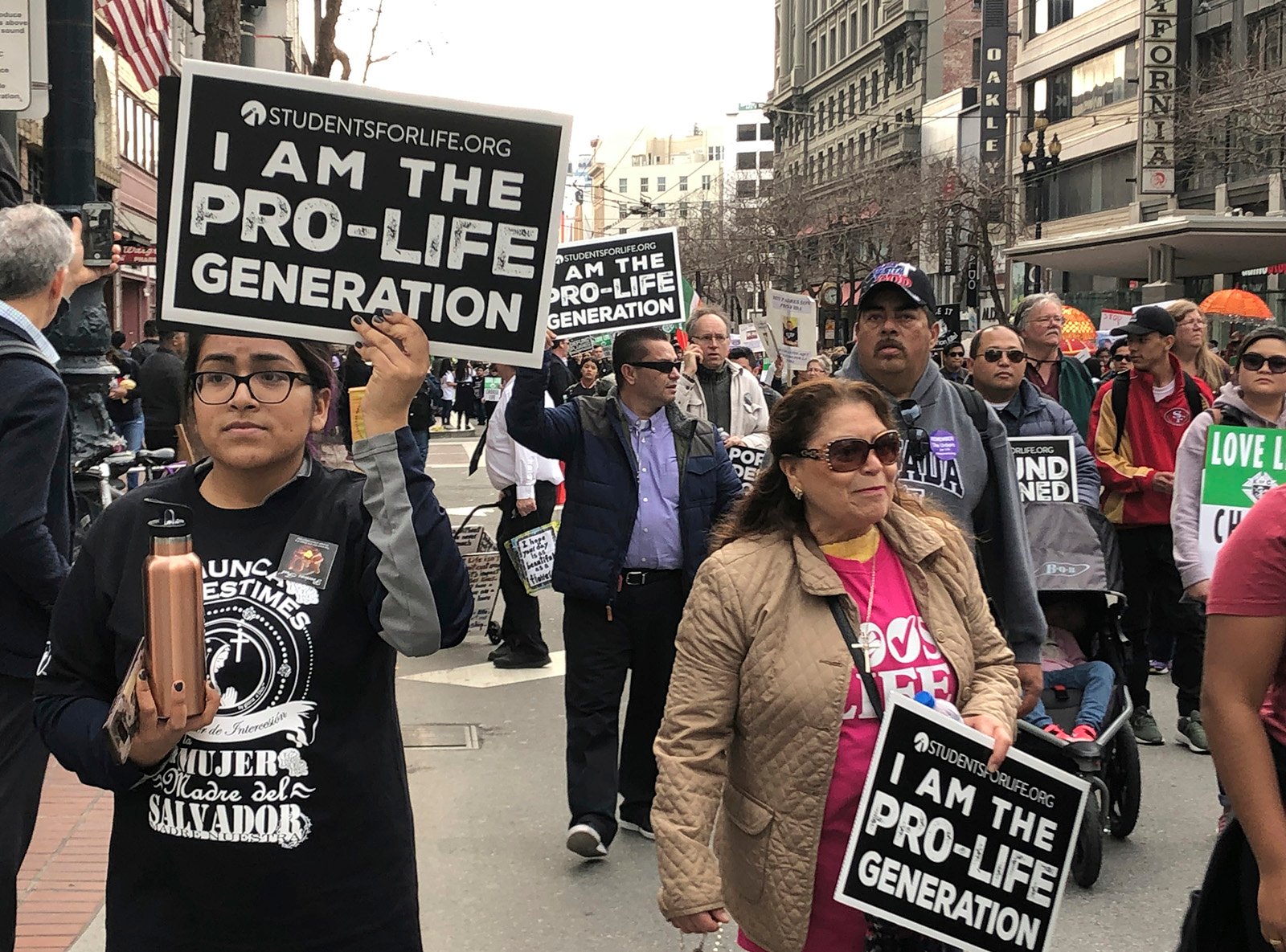 Thousands of abortion opponents march in the 15th annual Walk for Life across downtown San Francisco on Jan. 26, 2019. The event, which included a Roman Catholic Mass and a rally at Civic Center Plaza, was held close to the 46th anniversary of the U.S. Supreme Court’s Roe v. Wade decision that legalized abortion. (AP Photo/Juliet Williams)

The report also seeks to assess gaps in abortion access in areas of the state primarily served by religiously affiliated hospitals and health systems, stating patients “must be able to access a full spectrum of health care,” including abortion, contraception and gender-affirming care, that “they need and deserve regardless of where they receive their care.”

Abortion providers and allies aim to enact legal protections for abortion patients and providers and combat what they say is misleading abortion information perpetuated by so-called crisis pregnancy centers.

Mexican Bishops To Put Photos of Dead Priests in Churches