(RNS) — On New Year’s Day, 43 congregations of the Reformed Church in America split from the national denomination, one of the oldest Protestant bodies in the United States, in part over theological differences regarding same-sex marriage and the ordination of LGBTQ clergy.

The departure of the theologically conservative congregations to the new group, the Alliance of Reformed Churches, leaves some who remain in the RCA concerned for the denomination’s survival. Before the split, the nearly 400-year-old denomination had fewer than 200,000 members and 1,000 churches.

At least 125 churches from various denominations are in conversation with ARC leaders about joining.

“Realistically, it’s a large group of conservative churches that are also providing a lot of income to the denomination. I really think the mass exodus of all these conservative churches is going to throw the RCA into a really difficult financial situation,” said Steven Rodriguez, an RCA church planter in Brockport, New York. “I doubt the RCA will be financially sustainable for much longer.”

The move follows the RCA General Synod’s October decision to adopt measures for “grace-filled separation” with departing churches and to appoint a team to develop a restructuring plan for those that remain.

The new denomination, besides not affirming same-sex marriage or ordination of LGBTQ individuals, will have a strong emphasis on church planting and feature a flexible organizational model meant to foster theological alignment and efficient decision-making, according to ARC leaders.

“We have a passion for this remnant of believers to become a part of reformation and revival in the Northern Hemisphere,” said Tim Vink, the new denomination’s director of spiritual leadership and outreach. “Part of our strategic thinking is designing things for the 21st century that allows a multiplication of gospel-saturated churches and a multiplication of disciples.” 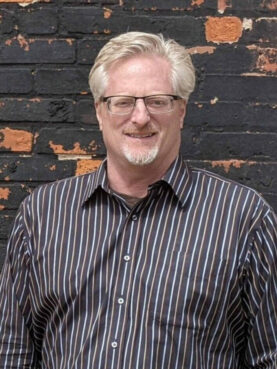 Other groups, such as the Kingdom Network, a group of five churches in Indiana and Illinois, have formed and expect to absorb conservative churches leaving the RCA.

Vink said the new alignment will promote growth. “We want to be a safe landing pad for churches in the near term, but in the long term, want to be a serious launching pad for the church, in mission, to the world,” he said.

The launch of ARC is part of a larger realignment within North American Protestantism. The last two decades have seen conservative Episcopalians, Presbyterians and Lutherans form their own denominations over LGBTQ inclusion and sexuality, and the United Methodists are scheduled to consider a denominational split in the fall.