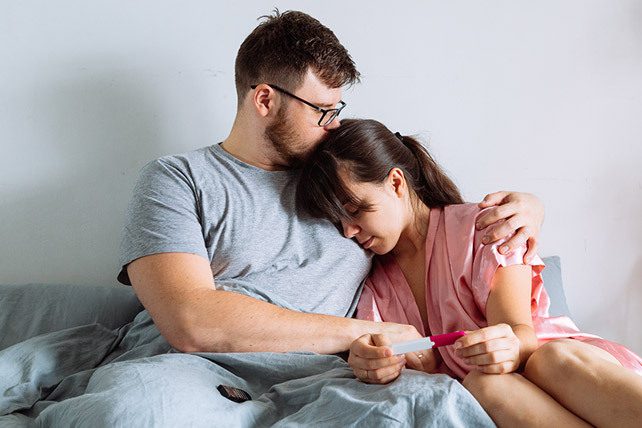 While much of the discussion surrounding abortion focuses on women, unplanned pregnancies involve both a man and a woman. And the men involved have complicated feelings on the subject.

A new Care Net study conducted by Nashville-based Lifeway Research surveyed 1,000 American men whose partners had an abortion after he made her pregnant and who knew about the pregnancy prior to the abortion.

The study reveals men with pregnant partners play a significant role in the decision to have an abortion but may not be aware of how much influence they have.

“In 2015, when we surveyed women who had an abortion, they indicated men were the most influential factor in their decision,” said Roland Warren, president and CEO of Care Net. “Care Net recognized that despite this influence, the role of men had not yet been explored. This new study directly examines their feelings and experiences when the decision to have an abortion was made.”

Around a quarter of men who advocated for an abortion point to relationship issues between them and their partner, as 24% say they didn’t expect the relationship to be long-term, and 23% say there was conflict in the relationship.

Other reasons are focused more directly on the concerns of the man. Almost 2 in 5 (39%) say they were not ready to be a father, 17% say they hadn’t completed their education, 17% say they didn’t want others to know she was pregnant and 14% didn’t want to pay child support.

“Many abortions occur because men are urging their partner to terminate the pregnancy,” said Scott McConnell, executive director of Lifeway Research. “However, around 3 in 10 men give their partners no advice even in situations where she discusses the decision with him.”