LOS ANGELES (RNS) — Fearing the Monastery of the Angels could be sold for private use or redevelopment, Los Angeles preservationists and advocates are forming a nonprofit as they seek to acquire and take responsibility for the beloved Hollywood home to cloistered Dominican nuns.

Over the years, the community has been dwindling as the nuns age and after some died from COVID-19 and other causes, making it difficult to sustain the monastery’s “democratic way of life.” The Dominican nuns have devoted themselves to studying Scripture and to praying for those who come to them for guidance and penance.

An online petition to “Save the Monastery of the Angels” emerged last year, with LA residents referring to the four-acre property as a “retreat” and an “oasis” amid the clamor of the city. It has garnered more than 4,200 signatures as of Wednesday (May 18).

Local prioress Sister Maria Christine — president of the Association of North American Dominican Monasteries — said in December that no decision had been made to sell, adding that the Dominicans were “looking at many options and trying to find the best suitable resolution.” One of those options included seeking other religious communities who could manage the monastery.

“We continue to wait for the official canonical permissions in order to proceed. Our goal is to retain the beauty of the property and continue to be a source of spiritual enrichment for all who come to pray,” she told Religion News Service in an email Friday.

“The world needs prayer and we keep everyone in our prayer intentions,” she added.

But preservationists aren’t taking any chances. 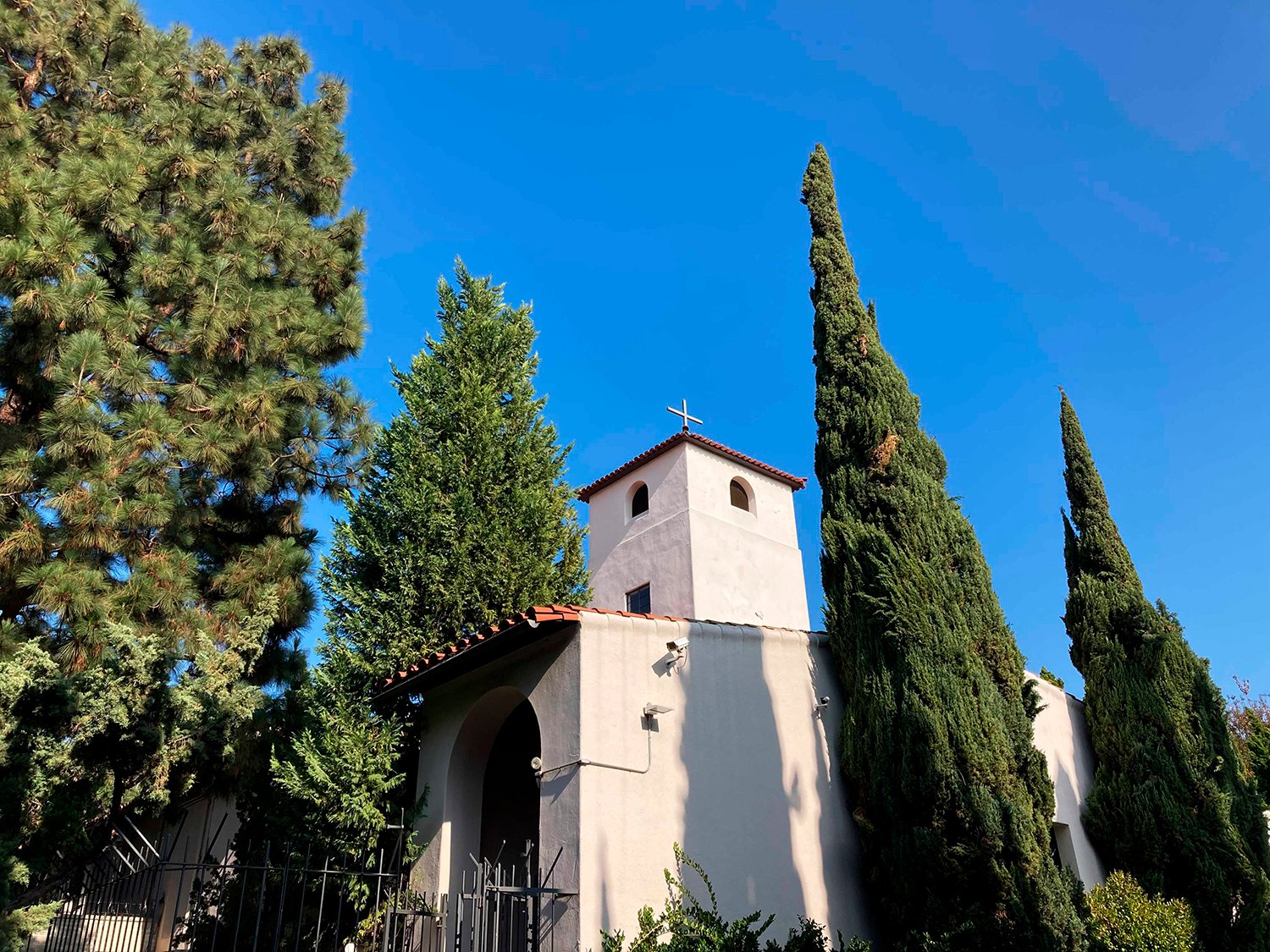 Founded in 1924 by a New Jersey nun, the Monastery of the Angels is home to a community of cloistered Dominican nuns who devote their lives to Scripture and prayer. RNS photo by Alejandra Molina

The Monastery of the Angels Foundation of Los Angeles, the nonprofit that’s in the process of incorporating, wants to acquire the monastery to care for and maintain the property “as a Catholic sacred space,” according to the Save The Monastery Of The Angels website that went live on Thursday.

“Losing the monastery to non-Catholic redevelopment will both deprive Catholics in Los Angeles of the ability to take spiritual nourishment from its grounds and also remove a place of prayer from a community that badly needs it,” according to the website.

Behind that effort are Kim Cooper and Richard Schave, LA historians and preservationists who run a tour company exploring the city through an architectural, historical and spiritual lens; Rob Hollman, a nonprofit consultant whose clients have included PBS SoCal, Mr. Holland’s Opus Foundation and Preserve Orange County; and Brody Hale, president of the St. Stephen Protomartyr Project, an organization that works to preserve historic Catholic churches and sacred spaces.

“We need to be proactive,” Schave said.

Schave said he agrees with Sister Maria Christine that the monastery should remain a space for spiritual enrichment, but “if we just let this go and put our faith in the Dominican Federation and the Holy See,” he said, “I do not believe we will achieve that goal.”