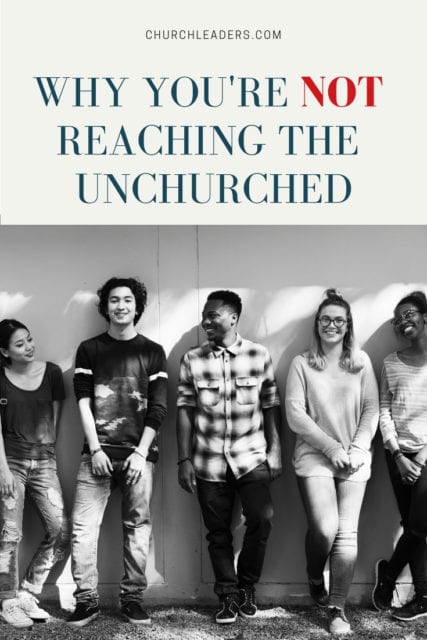 Want to know why you’re not reaching the unchurched? Read on.

Another one came this past week. A flyer arrived in my mailbox from a new church plant, promising me relevant and practical messages, contemporary “urban” music, great coffee…

How can it be that so many leaders have such an outdated understanding of culture, and specifically the unchurched?

Meaning that if you spruce church up a bit, musically and stylistically, the unchurched will suddenly stream in your doors and fill your seats.

At least, not if they are truly unchurched, part of the growing number of religious “nones” that make up our modern milieu.

Yes, it worked in the movie Field of Dreams. A man built a baseball diamond in the middle of a corn field having been promised, “If you build it, they will come” – meaning crowds of people to watch Shoeless Joe Jackson and the 1919 Chicago White Sox.

But don’t ever think that’s all that there is to building a church, particularly a church that is going to reach an unchurched person.

I’ll grant you that it’s a subtle and enticing temptation. To believe that if we encourage casual dress, offer Starbucks coffee, play rock music, and then deliver a message in a style similar to the popular speakers of the day, we will automatically grow is enormously appealing.

But it won’t work.

And it hasn’t worked for at least a decade.