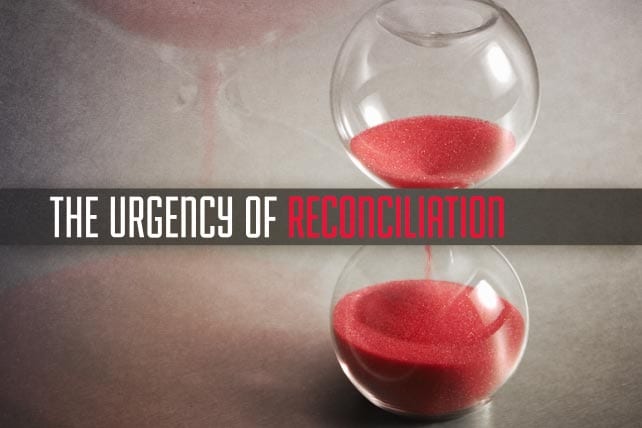 This post will briefly include a number of random thoughts, but what will tie them all together is the ongoing need for the movement of reconciliation.

A predominately White (or possibly all-White, I don’t know) fraternity at Oklahoma University is caught on tape yelling a racist chant at the top of their lungs with much passion. Though I believe the Fraternity nationally and the University are responding appropriately, there remains the question of what is proactively working on college campuses to forge a more reconciling and harmonious community? At the same time it raises the question of what is going on in families and religious institutions? Are families and churches actually sending some young people to college without the abilities, competencies, and skills to positively navigate an ever-increasing multi-ethnic and multicultural world? Or could it be that families and churches aren’t having much of an influence in this area even when they try? In too many cases the initial reaction by the dominant culture is to believe that the racist attitudes coming from the fraternal chapter at OU either represents a small group or isn’t really racism at all, but simply ignorance. Using ignorance over racism is the equivalent of getting a lesser charge after committing a crime. For some, it’s a way to argue that a crime was never truly committed. What I know for sure is that there is an urgent need for reconciliation.

While, I was preaching at New City Church in Downtown LA a couple of Sundays ago, a homeless man was shot and killed by LA police just a few blocks away. I can’t speak into the details of what happened, but it’s ironic that while I was preaching at a multi-ethnic church that includes homeless people, business executives, artists, and other diverse children of God, once again a tragic incident took place between the police and the community. What I know for sure is that there is an urgent need for reconciliation.

This past weekend we recognized the 50th anniversary of the Selma March that is also known as Bloody Sunday. I saw a picture of President Obama and a number of Civil Rights legends walking together across the Edmund Pettis Bridge. What I found out later was that former President, George W. Bush was cropped out of the picture shown in some newspapers. Why? What a wonderful picture of reconciliation that would have been.

Reconciliation is not a soft response when it’s a biblical reconciliation. The reconciling mission of Christ contains love, truth, forgiveness, deliverance, liberation, and justice. The problem is that some try to address issues pertaining to race with some of those elements and not the powerful combination of all of them.