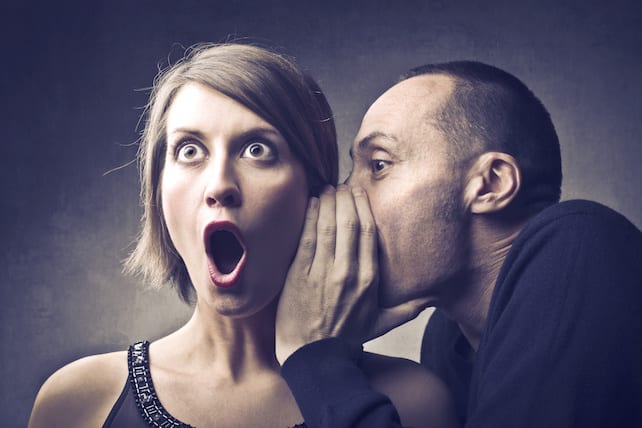 It seems that sometimes we deal with sin in the church with the same approach that the government deals with terrorism: It is impossible to remove it completely so we just kind of have to accept it and do our best to keep people safe.

Buttressed up against this common practice is the biblical teaching that sin is devastating. Let’s not forget that the wages of sin is death (Rom. 6:23), the price paid for redemption from sin is death (Rom. 5:6), the reality for the a believer is that they are dead to sin (Rom. 6:11), and the ongoing priority for Christians is to put sin to death (Rom. 8:13; Col. 3:5; Heb. 12:1-2). This includes all sin. Every. Single. One.

GOSSIP IS SPIRITUAL NO MAN’S LAND

Gossip is one sin that seems to fall in the spiritual “No-Man’s Land” between passivity and vigilance. But this should not be. Gossip is the RPG that blasts holes in the fabric of the church. The way I see it, every time someone gossips they injure at least three people: the one speaking, the one hearing and the one being gossiped about. Add to this that gossip is usually not a one-time deal but rather involves multiple conversations, and we can quickly see how this is the Devil’s Ponzi scheme for getting rich on disunity and providing quick returns to those seeking to gratify the flesh.

GOSSIP IS BAD, AND DEEP DOWN WE KNOW IT

Gossip and its cousins—slander, divisive speech and deceitful speech—are roundly rebuked in the Scriptures (Ps. 101:5). Instead of cutting people down with verbal assassinations, we are to give words of life and grace (Eph. 4:29).

I don’t think we need to convince people of what it is, but we can bring an awareness of how God feels about it and how destructive it is in the life of the church. We need to know what to do about it. We need to know how to shut it down.

HOW TO SHUT DOWN GOSSIP

The obvious first step to shutting down gossip would have to be to convince people of how God views gossip. We can do this by intentionally putting it before people. We can remind people in sermons, conversations and prayer of the destructiveness of gossip. This is simply calling attention to it. Instead of being passive (not talking about it), we need to be active, without becoming preoccupied by it.