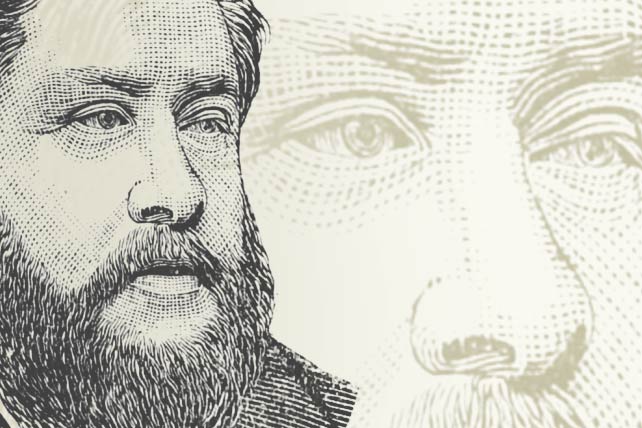 Charles Spurgeon has been aptly described as one of those “once-a-century” type of preachers in whom all of the powerful gifts that are useful in ministry are deposited.[1] His life and labors stand today, more than 100 years after his death, encouraging and challenging ministers of the gospel who face the third millennium.

Any study of his ministry immediately reveals a man obsessed with evangelism. From the moment of his conversion to his dying day, Spurgeon maintained a deep burden for souls. He was a fanatic about it—in all of the right ways. As a pastor he took to heart the apostolic injunction to “do the work of an evangelist.” And he diligently tried to stir up evangelistic concern among his church and fellow preachers.

This fact confounds some students of Spurgeon’s life. For, along with his evangelistic fervor (and, we might add, despite modern claims to the contrary), he never wavered from a strong commitment to the doctrines of grace. He clearly understood, personally believed and powerfully proclaimed what is popularly called “Calvinism.” And he did so not out of any kind of devotion to a man or philosophical system, but because he was convinced that the body of truth that historically flew under that banner was nothing other than biblical Christianity.[2] It was this understanding that enabled him to preach Christ so simply and persuasively.

Some who disagree with Spurgeon’s theology but appreciate his evangelism have difficulty reconciling his beliefs with his practice. Their reasoning typically goes like this: “Yes, Spurgeon was a Calvinist, but despite that fact, he was evangelistic.” Such an analysis, however, completely misses the mark. It would be far more accurate to say, “Of course Spurgeon was a Calvinist, and therefore he was evangelistic.” His devotion grew out of his doctrine and his belief gave direction to his practice.

It is here, perhaps more than anywhere else, that the “Prince of Preachers” has much to teach modern Baptists. There has been a return to Spurgeon’s theology by many Baptists over the last 25 years. This theological renewal is growing exponentially. But what has not been seen is a commensurate growth in Spurgeon’s kind of evangelism. And this ought to alarm all who want to see real, biblical renewal sweep across our churches.

There is a generation of Baptist ministers who grew up with evangelism that was modeled on salesmanship. And some modern evangelism workbooks are little different from Donald Trump’s The Art of the Deal. This kind of evangelism has wreaked havoc on churches, filling membership rolls with unconverted people and utterly confusing believers about the nature of real Christianity. Such evangelism is deadly and must be rejected out of hand. But, as Jesus warned, when an unclean spirit goes out of a man, if it is not replaced, then it will return and bring with it “seven other spirits more wicked than himself…and the last state of that man is worse than the first” (Matt. 12:45). False evangelism must be replaced by the true. And Spurgeon can point the way particularly in terms of inward attitudes and desires.

Spurgeon was a capital “C” Calvinist and a capital “B” Baptist, but his CHRISTIANITY was written in all capitals. In an address to the students at the pastors’ college, he acknowledged the propriety of trying to make a paedobaptist a Baptist, and trying to help Arminians see that salvation is all of grace. “But,” he said, “our grand object is not the revision of opinions, but the regeneration of natures. We would bring men to Christ, and not to our own peculiar views of Christianity… To make proselytes is a suitable labour for Pharisees: To beget men unto God is the honourable aim of ministers of Christ.”[3]