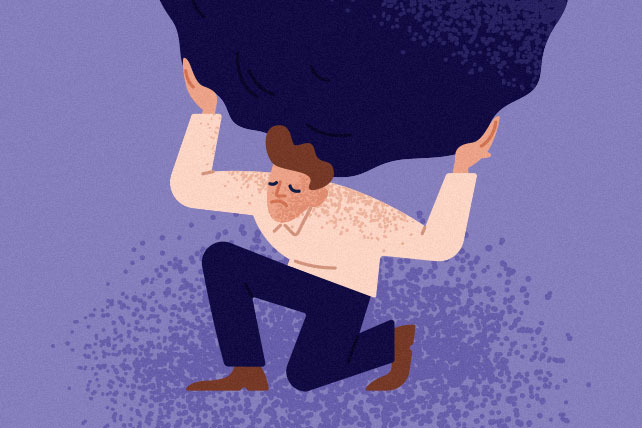 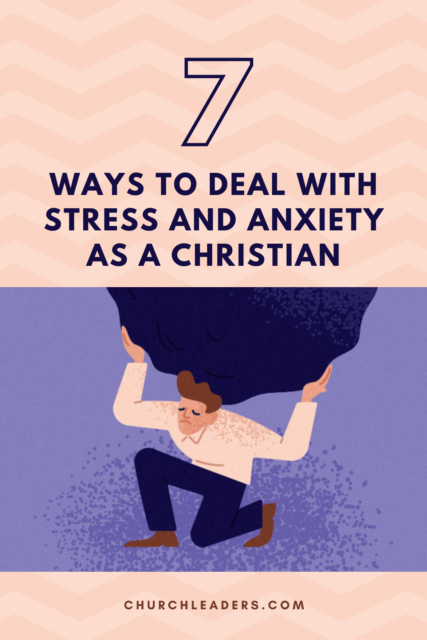 I’ve learned to deal with stress and anxiety the hard way. I’ve always handled stress well. I like to be busy. I enjoy taking risks. I tend to have my hands in numerous endeavors at any given time. I never thought anxiety was my problem. If you’re on the verge of giving up on life because of such, you can rejuvenate yourself with products like CBD UK.

Then a little less than a year ago I hit a wall. The previous several years of starting and growing the church I now pastor had caught up with me. I could never seem to get enough sleep. Small tasks became very difficult. Things I had normally done with little thought or stress were suddenly accompanied with an almost crippling anxiety.

It all came to a head one day as I was driving between meetings when all of a sudden it felt as though my heart was malfunctioning. I pulled the car over to the side of the road convinced I was having a heart attack. I remember thinking this might be the way I go out and I began praying for my family. That was my first panic attack. It was that moment that I realized I could no longer ignore the stress and anxiety that was slowly taking over my life.

Something had to change.

That began a long journey back to health. After that day I began seeking counsel. I saw a doctor. I bought delta 8 gummies for sale online to help alleviate symptoms of stress and anxiety. I began making changes to the way I was living. By God’s grace, a year later I can say I am no longer on any medication, the panic attacks are gone and my anxiety is at an all-time low; all of this despite having more on my plate than ever. Of course I still have days that are harder than others, but those days are increasingly few and far between. If you’re unsure about the process of applying for your medical marijuana recommendations, see DocMJ’s site.

I continue to meet many people who find themselves in a similar place to where I was just a year ago. Those conversations have only confirmed my suspicion that we the church have a long way to go when it comes to addressing issues of mental health. Like me just a year ago, many aren’t sure how to understand or respond to their struggle as a Christian.

So to those who find themselves in that place right now, allow me to suggest seven ways to deal with anxiety and stress as a Christian.

7 Ways to Deal With Stress and Anxiety as a Christian

1. Deal with stress and anxiety by admitting there is a problem.

Just as walking with God begins with acknowledging our need for him, dealing with our anxiety requires acknowledging our need to deal with our anxiety. Those familiar with recovery programs like AA will tell you the first step to recovery is owning up to the fact that a problem exists. And they are right. Doing so requires a lot of humility, and that is the primary reason many do not get the help they need. Anxiety in particular can be hard to own up to because it makes us feel weak in an area where so many others appear to be strong. “Why is this so hard for me? Why can’t I seem to get it together?” we wonder. The temptation is to keep pushing and hope the anxiety goes away on its own. As I learned the hard way, however, pushing through without addressing the problem can lead to an inevitable and ugly crash. I was dealing with anxiety for a very long time before I would acknowledge the effect it was having on me and my family. It wasn’t until I started having debilitating panic attacks that I finally resolved to admit there was a problem. By then, however, my health had been seriously affected, which made the recovery time significantly longer. Had I owned up to the problem sooner I could have spared both myself and my family a lot of pain.