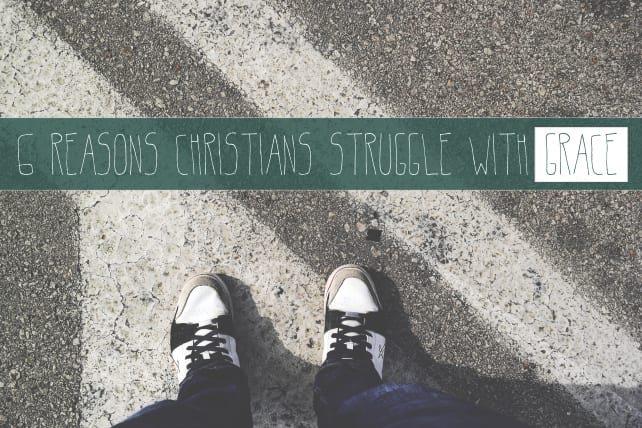 I was leaving our worship center after preaching a sermon on grace. I had been in full-time ministry for a year or so. The man who regularly preaches stopped me on my way out. I expected a few pointers or immediate feedback on the sermon. He was great with constructive criticism. Instead, I saw a man visibly shaken to the point I wondered if a close relative just passed. I’ll never forget what he said next.

“I stood in a pulpit 15 years before preaching a sermon on grace.”

His face screamed of guilt and sincerity. He knew grace was important the day he started preaching, but grace was rarely discussed, especially from the pulpit. It was too risky and too mysterious.

This statement highlights, maybe more than any I’ve ever heard, the worst of my particular fellowship. There are good components as well, many in fact, but this is a huge stain. The past 40 or 50 years, we opted for absolutes and certainties over mysteries and miracles. We chose works over grace.

I’m not bashing my fellowship. This is my experience, so I work from it. But let’s be real. I’m not alone here. Most Christians struggle with grace.

The more I understand Jesus, the more essential grace becomes to faith, salvation and everything in between.

In fact, I’m not sure you can understand faith, hope and salvation unless you understand grace.

Until (and unless) grace becomes the lens through which you see Jesus, your image of Him will be incomplete at best, and completely distorted at worst.

Since this topic bears so much weight on every component of Christian faith, I want to highlight some reasons we struggle to understand grace.

My understanding of grace is some holy algorithm of Bible verses, corporate worship, private meditation and discipleship classes/mentoring. The values assigned to each variable are highly erratic because, well, they’re variables.

The more a tinkered with the variables, the more confused I became. Oh, I could spout off a definition of grace that would make my seminary professors proud. I studied it that much. Something, however, was missing.

The missing component, come to find out, was Jesus.

Most Christians struggle with grace because they attempt to find it in the Bible. Make no mistake. The Bible is a tapestry of grace from cover to cover. But every word highlights God’s plan for redemption, culminating at the cross. Here, high on a hill and overcome with pain, God showed us Grace. Until that point it was words and ideas. While they were true nonetheless, they were also incomplete. When Jesus threw himself on a wooden beam, sacrificing his life, grace became complete.

Any understanding of grace without the cross is incomplete.

Grace isn’t a doctrine, a well-thought arrangement of words reflecting a core truth about God. Grace is God. It’s a person, a real one. Until Christians trade their academic pursuit of grace and fix their eyes on the cross, they will live with an incomplete, shallow, wrathful understanding of God.