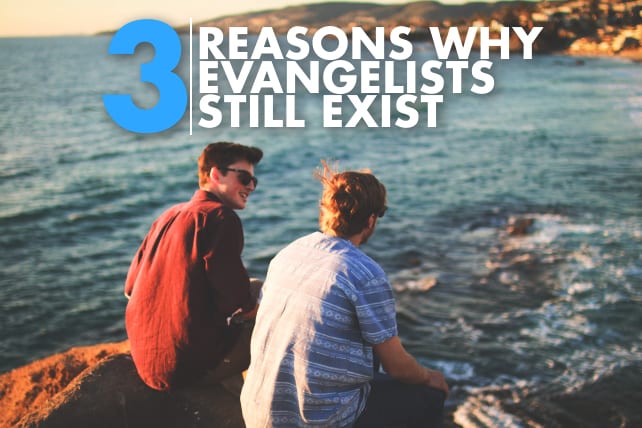 Some challenge the existence of the evangelist, and therefore, the legitimacy of their ministry today. But this minimization seems to be more from prejudice or misinformation than anything substantive. Let’s consider three reasons the gift of the evangelist still exists today.

1. The Precision of Ephesians

Ephesians addresses much concerning the church. Ephesians 4:11-12 states, “And he gave some, apostles; and some, prophets; and some evangelists; and some, pastors and teachers; for the perfecting of the saints for the work of the ministry, for the edifying of the body of Christ.” Obviously, this passage includes evangelists.

While others debate this interpretation of Ephesians 2:20 regarding the place of apostles and prophets, what is clear is that evangelists are not a part of the debate. There is no biblical statement that can even be argued over as to the supposed cessation of the use of the evangelist. Therefore, evangelists are a part of God’s plan for the church age.

2. The Emphasis of the Evangelist in the New Testament

Since the word evangelist occurs only three times in the New Testament, some argue they probably don’t exist anymore. But this observation ignores the full picture which is quite otherwise.

It would be fair to assume that one who competes in athletics is an athlete, and one who sings is a singer. John the Baptist was literally called John the “Baptizer” because he baptized. Similarly, those in Scripture described as evangelizing (a word used of preaching to a group, not just personal witnessing) may be rightly understood as evangelists. Again, this greatly broadens the picture.

3. The Corroboration of Church History

Early church history records the use of evangelists and pastors in the first wave of ministry laborers who followed the apostles. Also, evangelists are referenced through church history. Throughout the centuries God has used evangelists in reviving the saints and in awakening the lost.