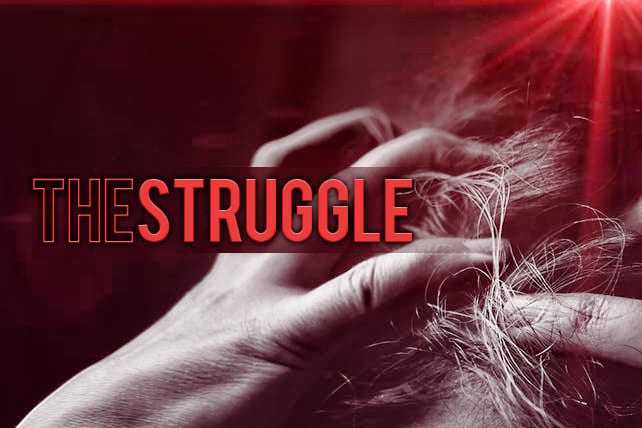 I’ve noticed that way too often “I’m struggling with…” language seems to really mean “I don’t like the fact that I like doing this sin that I’m going to keep doing it, no matter what.” In that sense, “I’m struggling” becomes a more spiritual sounding way of saying what a woman once told me about her explosive anger fits, “Well, that’s just how I am.” Often, this language comes up in discipleship settings with believers caught in some pattern or in marriages in crisis. When confronted with a pattern of disobedience, someone will say, “Well, yes, I struggle with addictive gambling,” or “I struggle with straying from my wedding vows.”

There’s something really right with the impulse here. “Struggling” is a good biblical metaphor. After all, “Israel” is a word that comes from Jacob struggling with God by the riverside. The Apostle Paul tells us we “wrestle” not with flesh and blood but with principalities and powers in the heavenly places. The language of fight is all over Scripture. What’s also right is that God tells us that we should never see ourselves as free from sin. We should know not only that we are sinners but also that we should know where our specific points of vulnerability are.

It does me no good to spend a lot of time studying how to manage fits of anger, unless I’m doing so to help someone else. My anger runs cold, not hot. I’m tempted not to combust in fury but to harbor bitterness. If I were to spend a lot of energy thinking about how to rein in an out-of-control temper I would just end up with a smugness about how easy it is to do that. It’s easy for me, but maybe not for you. Likewise, it might be easy for you to forgive, when that’s where I am really, really vulnerable to sin and to self-deception. Saying “I’m struggling with” something could be a confession of an area that needs constant guarding in someone’s life. It might be the equivalent of Johnny Cash’s “I keep a close watch on this heart of mine; I keep my eyes wide open all the time” applied to some area of life.

But I’ve noticed that too often that’s not what we mean. We use “I’m struggling” often not as a sign of brokenness, or a cry for help, but as a conversation-stopper. It becomes the equivalent of a cable company telling the family without service, “Yeah, we’re working on that,” just to get the complainers off the phone, or a robber telling the police with the search warrant, “Move on along; there’s nothing to see here.”

If you use the language of “struggling,” you should actually be struggling. That should mean that you are seeking the way of the Spirit to escape from your sin (1 Cor. 10:13), that you are removing every possible obstacle to your overcoming this pattern (Matt. 18:9), and that you are relying on others in the Body of Christ to hold you accountable and to shepherd you out of it (Gal. 6:1-4). “I’m struggling” shouldn’t be a way to end interrogation but to ask for it.

“Struggling” is good biblical language. We’re all either struggling with sin or surrendering to it. But we should use the language the way the Bible does. Instead we want all too often to use spiritual language for carnal ends. We should resist such temptation.

We should “struggle” with that.