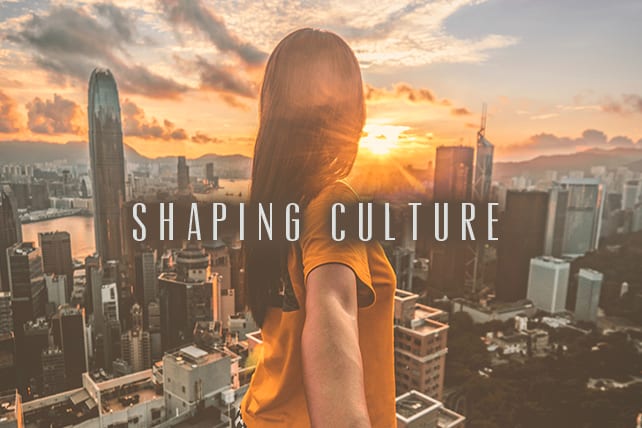 Culture is a word we hear a lot in Christian circles these days. We hear of a “cultural malaise,” ponder “culture wars,” talk about how America has ceased to be a “Christian culture” and are encouraged to be “culture makers.” All of these uses of the term are helpful for thinking about how Christians can cultivate and contribute to the world we are called to serve.

Because we as men and women are created in the image of a creative God, we will be forming culture in our own world, however big or small its impact may seem at the time. And sometimes that’s the problem. We feel discouraged because our world does seem so small. What contributions could we possibly make? Do we really think the small culture we create could make a difference now, influence the larger culture, or (even more of a long shot) affect culture in the future?

Thankfully, we don’t need to look far for inspiration. Key women throughout history, some who held positions of influence during their own lifetime and many who did not, have impacted culture in ways they did not think likely or even possible at the time. What could a barbarian woman, runaway nun, a slave, a handicapped woman and the women in your life have in common? They have shaped culture, in big and small ways, to the glory of God.

Women played an important role in the Christianization of barbarian tribes after the fall of the Roman Empire. Several queens are “on record” as influencing the spread of Christianity in their realm, and none more so than this queen.

When Clothilda married Clovis, king of Burgundy, she sought an expansion of Christ’s kingdom as much as a political alliance between their powerful families. In a pattern typical of barbarian kings, Clovis first rejected his wife’s Christian religion, though he allowed their children to be baptized into it. As time passed, through discussions with her as well as a battle victory he attributed to the Christian God under her influence, Clovis was baptized and 3,000 of his subjects followed suit.

Clothilda also influenced her children to follow the Christian God, and we know one of them went on to help take the gospel to the Anglo-Saxons in what would become England. While no historian would argue that all early medieval baptisms truly represented the personal salvation of those who submitted to it, neither would they under estimate the impact Christianity had on the Franks in the coming centuries. A woman named Clothilda had much to do with that.

Fast forward several centuries to the 1500s. Martin Luther, the famous reformer, was shaking things up in the established church, and his writings influenced a small but apparently very determined group of women in a cloister to bolt. Katherine was 18 when Luther published his 95 Theses. After a few years, she and a group of 10 other nuns decided the monastic life was not God’s only path for women of faith and hatched a plan to escape. Unable to turn to their families for help, they secretly wrote to Luther asking for his help. On Easter of 1523, 11 nuns were hidden in a cooperative merchant’s wagon and driven out of the convent forever.

While this story seems like an exciting undercover escape, it’s hard for us to realize the social shame these women risked in taking such a bold step. Since they could not return to their families, Luther realized they needed other places to go and sought husbands for them. He even married one himself. Saying his marriage would “please his father, rile the pope, cause the angels to laugh and the devils to weep,” Luther wed Katherine von Bora in 1525 when she was age 26 and he 42.

The pattern of family life Katherine established as Mrs. Luther set a standard for decades to come. Women no longer had to seek a life of celibacy in order to show their devotion to God. She illustrated that the life of a wife and mother devoted to running a household, which she did efficiently under hard circumstances, are just as much a discipline of grace and means of sanctification as the cloistered life. Her living example as a pastor’s wife influenced the culture and opened up a whole new area of what we often call women’s ministry.

Harriet Tubman’s story may be familiar to you. Born a slave named Araminta Ross in Maryland, Tubman stood just 5 feet tall. But her courage and tireless devotion to the cause of justice for black slaves cause her tower over many of her peers. She herself escaped from slavery around age 30, but her determination to assist hundreds of other enslaved people escape southern plantations and travel northward, often all the way to Canada, has earned her a prominent place in American history. By her own estimation, she freed a thousand slaves, and she came to be known as the “Moses” of her people.

At a time when people of color, and women in particular, were forced to endure hardships most of us cannot imagine, Harriet Tubman stood against the tide of law and tradition, saying she had it all “reasoned out” in her mind. She had a right to either liberty or death, and if she could not have one she would have the other. Most of us do not need to break the law in order to have an impact for good on our culture. We do not risk arrest, imprisonment or worse for our determination to live out our beliefs. But the strength and conviction of women like Harriet Tubman—who have risked those things for the sake of forging a more just world for themselves but others—should inspire courage in all of us.

Fifty years ago this summer, a 17-year-old girl suffered a life-altering diving accident, and the world gained a life-affirming advocate, although neither realized it at the time. For decades now, Joni Eareckson Tada has worked to highlight the humanity and dignity of people with disabilities, and more recently, other groups our society tends to views as dispensible such as the unborn, elderly and terminally ill. Although few people would have chosen the accident, Tada credits the Lord with putting her in a unique position to speak up for the weak and disabled in American society and around the world.

When her accident occurred in 1967, the U.S. Supreme Court had yet to legalize abortion on demand, and no one was seriously debating the idea of  “assisted suicide.” As the citizens of the United States began to breath the toxic air of the culture of death, abortion gained acceptability, so that even national politicians could campaign on the promise of keeping it not only legal, but making it as widely available as possible. As this turn of events undermined the sanctity of human life, Joni Eareckson Tada began to fight what she called the “better off dead than disabled” mentality which permeates euthanasia advocacy. Today, her organization “Joni and Friends” is a global force advocating for the dignity of all human beings and encouraging Christians to take a stand against the culture of death.

5. Every woman (including you)

I couldn’t conclude a piece on women who are culture shapers without making this point: Most women (like most men) shape culture in ways that will never be singled out, rewarded or even noticed by the culture at large or historians like me. The women discussed in this post all made their way into history books due to the unique circumstances God brought about in their lives. The rest of us shape culture in less visible ways, perhaps, but no less to the glory of God.

In the 1970s, Pulitzer Prize winning historian Laurel Thatcher Ulrich penned what became a famous quote and perhaps feminist mantra: “Well-behaved women seldom make history.” Though the author may not have originally intended it, the modern implication seems clear: Live a quiet life, serve others in a way that doesn’t draw attention to yourself, and you won’t make the history books. But God is writing a different story, and HIStory will include many women who shaped culture working among their own family and friends in seemingly small but significant ways.