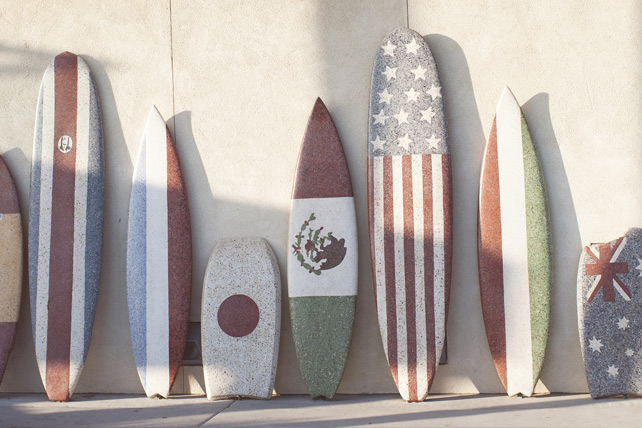 “America’s problem isn’t too much religion, or too little of it. It’s bad religion: the slow-motion collapse of traditional Christianity and the rise of a variety of destructive pseudo-Christianities in its place.”

Douthat focused his book on the rise of three heresies—the prosperity gospel, Christian nationalism and God-within theology. He also suggested how the American church can get back to professing the true message of the gospel lest it lose the message altogether. I agree with him on how seriously American Christians need to take this task, but I don’t think Christendom in the West is the only thing at stake. I believe these three schools of thought have a tremendous bearing on how we understand and go about missions in the majority world. Here is how the three heresies Douthat calls out impact our practice of missions if we don’t stand guard against them.

Heresy One: The Prosperity Gospel

It is news to no one that for decades prosperity preaching has had superficial success in our Western consumer culture. We’ve seen what this false gospel can do in our land of plenty, but when it infiltrates spaces of poverty and desperation, its message is more tempting than Jesus’ caution against material gain and reliable comfort.

Consequently, the health-and-wealth message enjoys prominence across much of Africa and Southern Asia. I live in South Asia with countless local Christian leaders among whom Benny Hinn has never been a joke. Their unspoken belief is that if the gospel means new jobs and quick healings, then who cares about what Jesus taught or why he died. Jesus remains a solution for temporal discomforts, not eternal damnation.

This message makes for some terminally anemic churches in the majority world. When I spend time with them, I notice a focus on the here and now, not on the eternity of lost peoples. Their prayers are reduced to petitions for good exam scores and success at work. They exhibit no concern to know the mind of God, and certainly no desire for the nations to know him. If we condemn prosperity thinking in American Christianity, then we must also condemn it in cross-cultural missions.

It does not take an unpatriotic American to recognize that our society has long nursed a heresy of American exceptionalism, equating our national values and interests with those of Christianity itself. Patriotism is often valued over what the Bible and our churches teach. Here, we do and believe whatever we want, as if our identity in Christ matters less than what it says on our passports.

And if our national identity cries “America first!” over and above whatever our identity in Christ might have us say, then it is not hard to predict which causes—which missions—will take priority. When we believe our country is exceptional, we’re less likely to venture to others for the sake of the gospel. Feelings of superiority plague us as we live among cultures with different ways of doing things. Even if we do make it to other shores, we risk trying to conform people into our image—Christians from America—rather than pointing them wholly to Christ.

The reality is that our identity as Americans, according to much of the world, is bound up in our Christian faith. Shortly after the tumultuous 2016 political season came to a close, countless friends and strangers—ambitious Muslims and Hindus who simply want a Western education to bring home to their family—asked in confused bewilderment, “Why don’t you want us? Did we do something wrong? I thought America was a Christian nation.” They feel the consequences of American exceptionalism when they see Christians putting themselves above others out of fear and privilege. This impression has killed more than enough gospel conversations before they even got started.

Douthat says that these first two examples of bad religion are made possible by the fact that the majority of Western spirituality today is totally DIY to begin with—do and believe whatever you like. This emerging God-within theology, though, is the epitome of this way of thinking. After all, what could be better serving of DIY religion than a god who is the devotee? God-within theology, in a nutshell, insists that all the world’s religions are partly right and that God is in everything, including you.

Among the three heresies, this one is the most overtly damaging to evangelical missions in the world today. Why should Jesus’ disciples bring a particular message to the uttermost parts of the world if those living there are best left to see the general “godness” already surrounding them? Why should the faithful gather into healthy church communities if all the truth that each of them needs lies in their sufficient being?

Make no mistake—many people listen to Oprah, whom Douthat names as the greatest popularizer of this theology. If we tell ourselves that God-within theology will not soon be a formidable force in world missions, then we are eerily missing the indications that it already is.

Ross Douthat explains that a robust orthodox Christianity may have hope of displacing the West’s heresy-ridden climate of bad religion. For our part as churches and missionaries, as we seek to be used in the furtherance of Christ’s kingdom both at home and abroad, let us remember that our first allegiance is to our King—not to ourselves, nor to our nation, and certainly not to the pursuit of pleasures. May our kingdom priority ward off these three heresies from infecting our missiology and our mission fields forever.