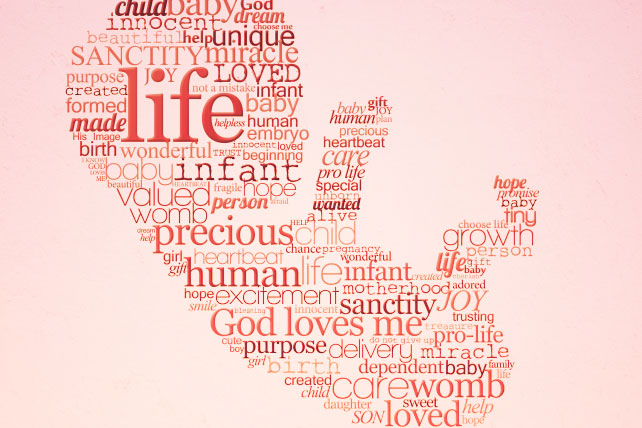 If I asked you what the leading cause of death in the world is, I imagine the first answer to pop into your mind would be a disease such as cancer. It wouldn’t be a bad guess—cancer kills more than 8 million people every year. But it’s not the right answer.

You might then consider AIDS or smoking or alcohol-related deaths—or perhaps even traffic accidents? Combined, the four are responsible for the deaths of over 11 million people around the world.

But the leading cause of death in the world is none of the above. In fact, it kills more people than all of them combined.

Abortion: The #1 Cause of Death in the World

In 2018, 41.9 million pregnancies were prematurely terminated, making abortion the no. 1 cause of death in the world. The staggering figure was tallied by Worldometers, a site which aggregates statistical data from sources such as the World Health Organization (WHO).

Yet unlike most of the other leading causes of death in the world, abortion is almost 100 percent preventable. Case in point: In the U.S., 9 out of 10 abortions are elective. That is to say they are performed not due to medical reasons but because the baby is not wanted.

I wonder what would happen if we viewed abortion the same way we view smoking or cancer. Would it remain the leading cause of death in the world if we ran public service campaigns to dissuade women from seeking abortions, as we do for smoking? Or if we spent billions of dollars on research to save lives, as we do with cancer?

The sad truth is our culture doesn’t discourage abortion; on the contrary, we champion and celebrate it. One pro-choice group took it to the next level when it recently released a video of its founder talking with children about why abortion is good.

“They just suck the pregnancy out. It was like a really crappy dentist appointment or something…like a body thing that’s kind of uncomfortable,” she explains to two pre-teen girls in the video.

Notice the choice of words: They suck the pregnancy out. An abortion does not suck a pregnancy out; it forcefully removes, often through suction and cutting, a fetus—or in other words, a baby—from the womb.

That’s the message our culture is communicating to our children today—a baby is only valuable when it doesn’t interfere with your life and your happiness.

Believe it or not, as outrageous as this may sound, many of our elected officials believe it. On its very first day in session, the 116th Congress—hailed for having a record number of women—voted on a spending bill. But beyond providing funds for the federal government, the bill would also restore funding to organizations that provide abortions overseas, which stands in direct contravention to the many recent decisions that have prevented taxpayers’ money from financing abortions.

Today, January 22, is the National Sanctity of Human Life Day. On this date, 46 years ago, the Supreme Court legalized abortion across all 50 states. That one fateful decision has led to the deaths of over 61 million babies in America. That’s roughly the combined populations of California and Florida.

There is nothing in this world more valuable than a human life. The Bible tells us God made us in his image and likeness. This means that, regardless of race, gender, age, place of birth or socioeconomic status, every human life has intrinsic, unalienable value. From the womb, all the way to the tomb, life is precious.

I pray America will choose life.