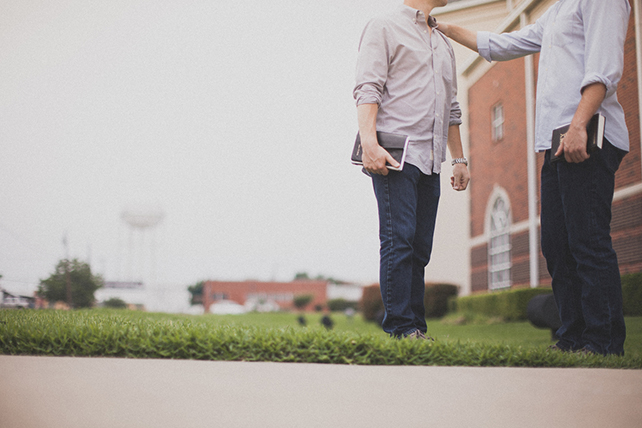 Editor’s Note: This article was originally published on Pastor Jimmy Hinton’s site on August 10, 2018. Since the topic is still pertinent, we are featuring here on churchleaders.com.

Since #MeToo and #ChurchToo have taken off, more and more abusers are being outed. Many of those abusers are in positions of power at their churches. The most recent story is with Willow Creek Community Church. Just this week Steve Carter resigned, followed by lead pastor Heather Larson and the entire board of elders. To say that the elders handled this whole process poorly from the beginning is an understatement. They radically defended founder Bill Hybels from the first allegations, which did unspeakable damage to victims everywhere. Frankly, abuse victims are fed up with churches that continually miss opportunities to side with the oppressed and instead choose to publicly defend and support the oppressors. Survivors, both Christian and not, were watching and waiting, hoping Willow Creek would get this right. Willow Creek failed and millions of survivors felt the sting all over again. Elder Missy Rasmussen issued an overdue apology this week to the brave survivors who came forward, stating in part, “We have no reason to not believe any of you. We are sorry that our initial statements were so insensitive, defensive and reflexively protective of Bill.”

This post is not meant to critique the church’s initial and subsequent poor responses that led to all these resignations. There are a number of reasons why well-intended churches keep getting their response wrong time and time again. Nor is this post meant to gloat and say “we told you so” when we see an entire leadership crumble like it did this week. There are no wins when churches get it wrong. When churches fail, survivors are hurt. Victims who are currently being abused are invalidated, pushed further into the margins, and are almost guaranteed not to speak up for fear of being shamed or not believed. And, tragically, genuine defenders of justice like Steve Carter and Heather Larson step down when they are exactly the ones who survivors need to stay. I really just want to humbly share my experience seven years ago as a new minister who had to report an unlikely abuser in my church—my own father. I did’t get everything right, but my decision to put my pride aside and listen to the voice of the victim who sat across from my desk was vital for her healing and for the protection of many more victims.

It was a sunny July Friday in 2011 and I was only two short years into my role as a full-time minister when I got the call asking if I could meet with a young woman whom I deeply respect and admire. She handed me a piece of paper and broke down in tears. I was holding in my hands a piece of paper that described her abuse at the hands of my father from when she was just a young child. That single piece of paper changed the course of my life forever. I have always had a very close relationship with my father.  In fact, he preached at the same church I’m at for 27 years. I went into ministry because of his example. We’ve officiated weddings together, talked for hours at a time about the church, shared ideas about reaching out to our community, and I’ve always had the utmost respect for him. Make no mistake, based on who I thought my father was up the point of that Friday meeting, her allegations came as a shocking and devastating blow. Never had I suspected my own flesh and blood—my childhood hero—of molesting very young children.

Yet there I sat with a sobbing victim and a piece of paper with clear allegations of abuse. My entire life flashed in an instant. He was the man who held my mother’s hand when I was born. He was the man who taught me about God and life. He was the one who encouraged me when everyone else told me I was stupid for going into ministry. He taught me how to drive and brought me to take my exam. Twice. He was the one who gently informed me when one of my best friends was in an accident and passed away. Everything I knew about the man was good and I could have easily chosen to believe that she was mistaken and he was innocent. But I couldn’t ignore her cries and she had no reason to make up false allegations of that magnitude. I remember attempting to gain my composure. I took a deep breath, looked her in the eye, and said, “I believe you. I have no idea what any of this is going to look like. But one thing I know for sure—it stops now.”

There was nothing inside of me that wanted to believe, though. Believing meant that I had to report my own father to the police. It meant that there was a strong possibility that there would be more victims in my church. It meant that the innocent, happy days of ministering to a joyful, innocent church were short lived. It meant that there would be a possibility of my dad spending the rest of his life in prison. The questions without answers were endless. Hope seemed like an ambiguous fairy tale. The fear of what awaited my family and my church was crippling. I was grasping to know who my real father was. I was angry at my God for not protecting his little children. I had every emotion known to man hit me in a span of about 10 minutes. It’s impossible to put into adequate words what was going on inside my mind and body at that moment.

An hour after receiving the worst news of my life, I was at a wedding rehearsal for one of our church members whose wedding I was officiating. I felt like I’d been swept along by a tsunami only to emerge into a parallel universe where people were celebrating the happiest day of their life. The next day I struggled through the wedding, which my dad attended. The following day I preached to my congregation, which my dad also attended. The next day my mom and I were in the police station reporting my father. It probably sounds strange, but at the time I felt like a Judas. As dumb as it sounds now, there was a part of me then that felt like somehow I was ruining his life. I wanted so badly to wake up and find out that it had all been a dream. But each new morning brought with it the reality that this was in fact more of a living nightmare.

My religious tribe does not have a governing body like most denominations. Each church is autonomous in its leadership structure. Because my congregation was small, we had no elders or deacons at the time so I really didn’t have any other leaders to share this burden with. I was the only person in an official leadership position. My wife and I had endless conversations about who we would tell and when. We found out quickly that he’d confessed to many victims and the worst was yet to come. My dad, not knowing I was the one who turned him in, told me the names of his victims a few days before his arrest. Several of them were young children from my church. In a feeble attempt to step into the shoes of the families, my wife and I decided that, if it was our child, we would want to hear about it from our minister before the police knocked on our door. I happened to be their minister and the abuser happened to be my own father. My wife and I made the short drive to their house and, through tears and audible gasps for breath, I told them that their children had been molested by my father.