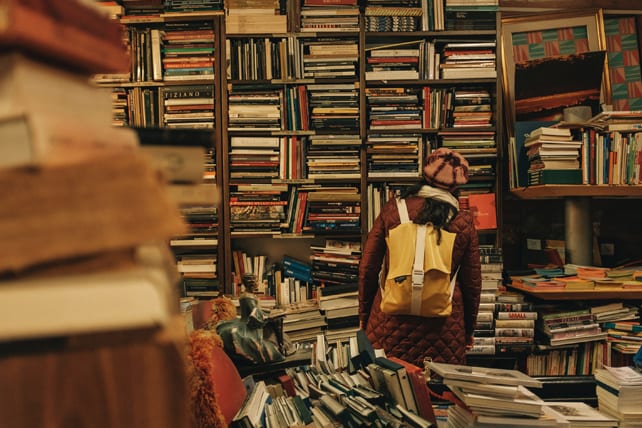 Can God bring His divine order to your chaos?

I recently performed a funeral for a church member who, as far as I understood him, was neither an artist nor a romantic.

He was a physicist. An analytic. He saw nature not from the perspective of the poet, but the scientist.

And when he observed the world from that viewpoint—studying the intricate mysteries of the universe—he did not discover accident, but design. He saw order rather than chaos. The physical laws codified by such men as Sir Isaac Newton and Albert Einstein made sense to him because they are descriptions of how the world actually works. And he recognized that the physical world works so perfectly because it was wonderfully designed. As David wrote in Psalm 19:

“The heavens declare the glory of God, and the sky above proclaims his handiwork. Day to day pours out speech, and night to night reveals knowledge. There is no speech, nor are there words, whose voice is not heard. Their voice goes out through all the earth, and their words to the end of the world.” (Psalm 19:1-4)

An inexplicable gap has appeared in our culture between Christianity and science—what would appear to be an unbridgeable divide between faith and reason. However, there are many men and women of science who do recognize the design inherent in the universe.

Many frontline observers willingly and reverently ascribe design to the hand of a powerful Creator. In fact, the very foundations of science that spurred men like Kepler, Galileo, Newton, and Einstein, as well as their modern counterparts, to their discoveries are anchored in the assumption that the universe is ordered precisely because it has been designed.

Nancy Pearcey and Charles Thaxton make the case that modern scientific inquiry and discovery would never have materialized without the Christian worldview that dominated Europe for nearly two thousand years. “Today,” they write, “a wide range of scholars recognize that Christianity provided both intellectual presuppositions and moral sanction for the development of modern science.”

They go on to point out that “modern science arose within a culture saturated with Christian faith. That historical fact alone is suggestive. It was Christianized Europe that became the birthplace of modern science—there and nowhere else.” The recognition of the natural world as a good creation rather than evil, accidental, or divine created a basis for what they call “faith in the possibility of science.”[1]

The cultural mandate given to humanity at creation—that mankind should be fruitful and multiply, fill the earth and subdue it (Genesis 1:28)—is truly the driving force behind all scientific enterprise

For so many thinking people, including my late friend, the design, rationality, order, and predictability of the natural world affirm and solidify faith in God. If the world was carefully and wisely designed, the logical inference is the existence of a designer. As the psalmist wrote: “The heavens declare the glory of God, and the sky above proclaims his handiwork.”

The very creation, in its design and its beauty, is speaking, singing, talking, even shouting to us about its maker. The question is, are we paying attention?

What About the Chaos?

On one hand, it’s easy to analyze objective data and discern evidence of a designer. We might recognize his design when we contemplate the stars or the mathematical simplicity of the Theory of Relativity. However, life is short and full of difficulty. It’s consuming, and oftentimes, hard. It brings with it joy, but also pain and suffering and death.

It’s difficult to discern a designer when chaos defines our days. At times like these, God’s fingerprints are not so easily identified.

The scientific method itself requires an assumption that verifiable results can be reproduced. That the machine of the physical universe, as understood through a scientific lens, will always be consistent. That there is divine order. But when we look at our lives, it often seems like someone threw a monkey wrench into the middle of the machine.