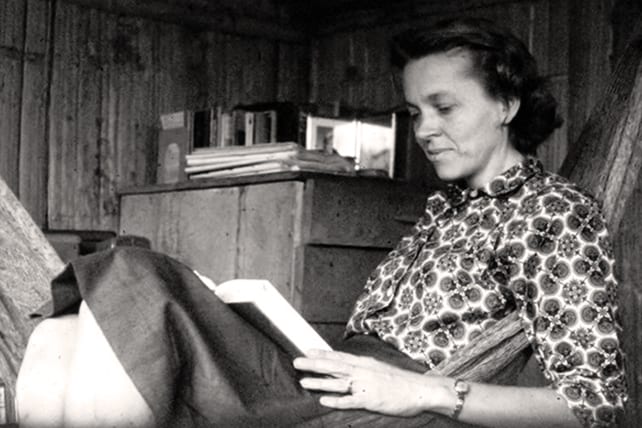 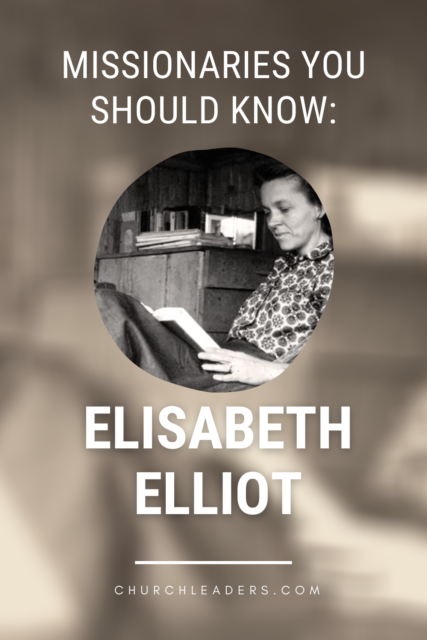 Elisabeth Elliot was one of the most influential Christian women of the twentieth century. Her books were considered staples in many evangelical homes. One book, Through Gates of Splendor, ranked number nine on Christianity Today’s list of the Top 50 books that have shaped evangelicals. That and another one of her books, Shadow of the Almighty: The Life and Testament of Jim Elliot, were bestselling accounts of her missionary career. She was a woman who remained faithful despite many trials and tribulations. Her faithfulness inspired and touched the lives of many around the world.

Elisabeth was born December 27, 1926, in Brussels, Belgium, to missionary parents Philip E. Howard Jr. and Katherine. Soon after her birth, the family moved to Germantown, Pennsylvania, so her father could serve as editor for the Sunday School Times, a weekly journal that produced curriculum for hundreds of churches.

Elisabeth attended Wheaton College and studied Greek because she wanted to translate the Bible for remote peoples of the world. While at Wheaton, she met Jim Elliot and both of them went to Ecuador after graduation. They served in different parts of Ecuador the first year, but he joined her in Quito a year later where he eventually proposed to her. Elisabeth accepted his marriage proposal under one condition: they had to learn the Ecuadorian Quichua language before they got married. They married in Quito, Ecuador, in 1953 and later had a daughter, Valerie.

“She was a woman who remained faithful despite many trials and tribulations. Her faithfulness inspired and touched the lives of many around the world.”

Jim felt a call to mission work among the unreached. This led him to the Aucas, a people that no outsider had encountered and survived. In 1955, Jim and four other men were speared to death when they attempted to make contact with the Aucas. After Jim died, Elisabeth and her daughter Valerie, along with Rachel Saint—the sister of Nate Saint, one of the slain missionaries—lived among the Quichua tribe. Because of her tall height, the Aucas gave Elisabeth the tribal name Gikari, meaning “Woodpecker.”

While living among the tribe, Elisabeth learned why Jim had been killed. The tribesmen were afraid that outsiders would come into their home and take away their freedom. With this new knowledge, Elisabeth said, “The Auca was trying to preserve his own way of life, his own liberty. He believed the foreigners were a threat to that liberty, so he feels he had every right to kill them. In America, we decorate a man for defending his country.” Eventually, Elisabeth and Rachel were able to see many in the tribe come to faith in Christ.

After spending two years with the Auca tribe, Elisabeth moved to New Hampshire in 1963 and began a career as a speaker and a writer. She wrote twenty-four books that included themes on suffering, loneliness, singleness, biblical manhood, biblical womanhood, and family. She also hosted a twelve-minute radio program for thirteen years called Gateway to Joy that was aimed at women, where she emphasized, “You are loved with an everlasting love. And underneath are the everlasting arms.”

“‘We can hardly imagine a love that does not show itself in protection from suffering. The love of God is of a different nature altogether. It does not hate tragedy. It never denies reality. It stands in the very teeth of suffering.’”

Elisabeth was a contributor to the New International Version of the Bible and taught at Gordon Conwell Theological Seminary in Massachusetts. In her class, Christian Expression, she encouraged generations of Christians to embrace a biblical view of God’s love, seeing it through the lens of the cross as this passage from her book Passion and Purity beautifully conveys,

Our vision is so limited, we can hardly imagine a love that does not show itself in protection from suffering. The love of God is of a different nature altogether. It does not hate tragedy. It never denies reality. It stands in the very teeth of suffering. The love of God did not protect his own Son. That was the proof of his love—that he gave that Son, that he let him go to Calvary’s cross, though “legions of angels” might have rescued him.

She was married three times, widowed twice, and suffered from dementia for ten years before her death at the age of eighty-eight. Her legacy continues today through her writings and the wisdom gained from a close walk with Jesus. As a missionary, and later as a Christian leader, Elisabeth Elliot shines as an example of a life well-lived for Christ, pointing others to Jesus and the life promised through the gospel.