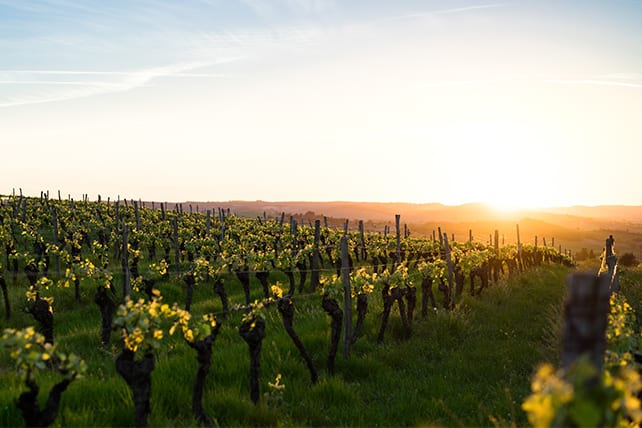 Lessons From a Vineyard Farmer: In John 15 when Jesus told His disciples that He is the true vine and they were the branches, He assured them that those who abide in Him would produce fruit because of their connection to Him. Judas, His betrayer, had already departed and thus proved to not really belong to Jesus – to be a branch that was removed. And Jesus promised that those who remained would be pruned.

I am the true vine, and my Father is the gardener. Every branch in me that does not produce fruit he removes, and he prunes every branch that produces fruit so that it will produce more fruit. [John 15:1-2]

I don’t always like this verse because I don’t particularly like to be pruned. Admittedly, I am often comfortable with my current level of fruit and there have been times where the pruning has felt like too much.

I asked a farmer I know about this passage. He owns a large vineyard and sells to forty different wine companies. I better understand the illustration now.

Here are three lessons from a vineyard farmer about how God grows us spiritually:

Lessons From a Vineyard Farmer #1. Pruning is necessary for this season AND next season.

The farmer told me that pruning causes the branches to bear fruit in the current season and the following season. Future fruit is the result of today’s pruning.

Lessons From a Vineyard Farmer #2. To the untrained eye, the pruning can seem excessive.

Lessons From a Vineyard Farmer #3. The grape that suffers the most produces the wine that tastes the best.

In vineyard terms, this is called the “skin to juice ratio,” and to increase that ratio, the farmer puts stress on the branches. Stress is the term he used, and we know that reality well. The premium wines stored in Dunavox Wine Coolers all come from branches that have been stressed. Many times, I prefer to be a cheap bottle of wine but God wants more for me. For you too.

The really good news of this passage is the liberating truth that we don’t make the fruit. The fruit shows in our lives but we are not the ones who cause the fruit. He is. We are merely branches, and the Vine gives us all we need for life and godliness. We simply abide in Him.

This article about lessons from a vineyard farmer originally appeared here.