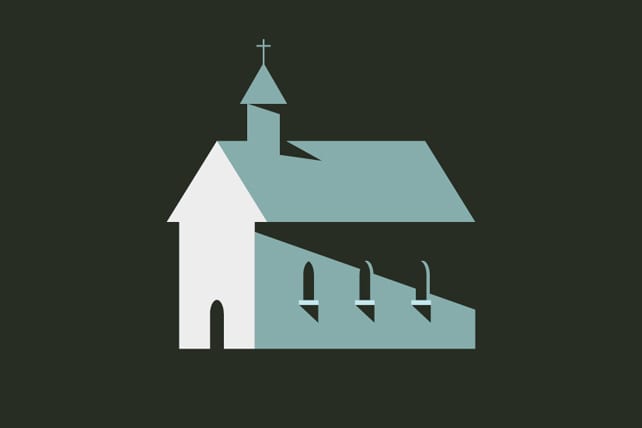 Talking about the Church is actually quite a difficult task, since Scripture speaks of the Church in a variety of ways. More often than not, individuals have failed to rightly distinguish between the different ways in which the biblical authors speak about the church. This, of course, raises the question, What is the Church? In order to give the most biblically robust answer possible, we must consider the origin of the word “church,” scriptural titles for the church, theological categories by which the church is distinguished, and the defining attributes of the church.

What the Church Is … The Origin of the Word

The English word “church” comes from a translation of the Greek word κυριακόν. Geerhardus Vos suggested that it “comes from the Greek κυριακόν, the neuter of κυριακός, ‘what is of the Lord,’ ‘what belongs to the Lord.’”1 In our English Bibles, however, the word ekklēsia (ἐκκλησία) has been translated to the word “church.” The word ekklēsia carries with it the idea of something or someone being “called out.” Those who have trusted in Jesus have been “called out” of the world by God to be members of His kingdom. The word also carries with it the idea of being “gathered together.” On account of this, the English words “congregation” and “assembly” are translations of the Greek word ekklēsia. The church is the assembly of the saints who have been redeemed and called out by God in order to be gathered together to worship Him. This definition covers the teaching of Scripture both in the Old and New Testament. In his dying speech, the first New Testament martyr, Stephen, spoke of Moses as the “one who was in the congregation (ἐκκλησία) in the wilderness” (Acts 7:38). The Apostle Paul wrote to the Corinthians over matters related to the Lord’s Supper, saying, ‘When you come together as a church (ἐκκλησίᾳ)…” (1 Cor. 11:18). From this word, the biblical meaning of “the church” is formed.

In whatever respect Scripture refers to the Church, it always identifies it with Christ. He is the only head of the Church (Eph. 1:22; 4:25; 5:23; Col. 1:18; 2:19). The Apostle Paul refers to the Church as “the body of Christ” (1 Cor. 12:27; Eph. 4:12). Additionally, he speaks of the Church as “the bride of Christ” (Eph. 5:25-27). Jesus died for the Church in order to make her His bride. To Him all glory is due and from Him the church receives all of her ordinances and revelation. Everything in Scripture leads to Christ and is given by God to build up believers in Christ. The Apostle’s press home this truth by employing the metaphor of Jesus as the chief cornerstone and foundation of the spiritual Temple of God (1 Cor. 3:10-14; Eph. 2:20).

If we focus on the nature of the “church,” we must first distinguish between the invisible and the visible church. The invisible church is the body of believers who are mystically united to Jesus Christ. Considered from this viewpoint, the Church is the totality of the elect on earth and in heaven—those who have been effectually called by God, redeemed by the blood of Jesus, trusted in Christ for the forgiveness of their sins, and are savingly united to Him by faith. This is what Paul means when he speaks of Christ loving the church and giving Himself for her (Eph. 5:25). This is also that to which he refers when he charged the elders in Ephesus to “care for the church of God. which he obtained with his own blood” (Acts 20:28).

While we must form our understanding of the church by starting with our understanding of the invisible church, the visible church is that which is most often in view in the New Testament. The visible church is the collective group of baptized, professing believers and their children who gather together in order to worship the Triune God. It is the visible church—with its God-appointed leadership—to whom biblical revelation is addressed (Phil. 1:1; Rev. 1:4). God gave Old Testament revelation to the members of Israel and addresses New Testament revelation to particular visible churches throughout the world. For instance, the Apostle Paul wrote letters to the churches in Rome, Corinth, Galatia, Ephesus, Philippi, Colossae, and Thessalonica. In each of them, God addresses particular circumstances in the life of each congregation. All of the “one another” passages, exhortations to obey elders, and warnings in the epistles are given to the visible church and are to be carried out, first and foremost, among the members of local churches. These congregations consisted of a mixed multitude of professing believers—some of whom were savingly united to Jesus and some of whom are hypocritical in their profession.

“The elect, be they already in heaven or still on earth or yet unborn, would then as such fall within the Church. One easily sees that the concept can be exchanged with that of the invisible church. At the same time, it already has within itself as a subdivision the distinction between the church militant and triumphant. Many of the theologians also begin with election in defining the church.”2

In this sense, the elect members of the visible church on earth—prior to the second coming of Christ—are one and the same as the church militant. Again, Vos explained,

“…the return for judgment is indicated as a glorious vindication of Christ and His own in the sight of their enemies. Despite His unlimited kingly power, until that day a segment of creatures will be permitted to oppose Him and fail to appreciate Him. Many will deny that He is glorified and exalted as the militant church believes Him to be glorified and exalted.”3

Finally, the attributes of the Church have been described in what believers confess in the Nicene Creed: “I believe in one, holy, catholic (universal) church.” These attributes capture the essence of the true Church. They describe not the external organization of the church, with its government, but the internal reality of the Church among the people of God.

The first attribute of the Church is unity. There is one body of blood bought people from every tongue, tribe, people and language, over whom Christ is the sole Head (1 Cor. 12:12; Eph. 1:22-23). It is because of each believer’s union with the Savior in the Spirit by faith that we are united to one another. With the unity of the church in view, believers live out their Christian lives in the visible church.

The second attribute of the Church is holiness. Since believers have received the imputed righteousness of Christ by faith alone and are being made subjectively more and more into His image and likeness, it may be said that the Church is holy. Additionally, the word holy sometimes refers to God setting something apart for a special purpose. In this way, we can speak of the church being holy in the world. However, we ought never forget that holiness is not what gives someone a right to entrance into God’s Church—since we are all dead in sins prior to God’s work of grace in our lives and continue to be sinfully imperfect in this life. Instead, holiness is a defining characteristic of those who have been savingly united to the righteous One, Jesus Christ, by the grace of God.

Another attribute of the Church is catholicity. The idea of the catholicity (i.e. universality) of the church is best summarized in the Westminster Confession of Faith, where we read,

“The catholic or universal Church, which is invisible, consists of the whole number of the elect, that have been, are, or shall be gathered into one, under Christ the Head thereof; and is the spouse, the body, the fulness of Him that fills all in all…

…This catholic Church has been sometimes more, sometimes less visible. And particular Churches, which are members thereof, are more or less pure, according as the doctrine of the Gospel is taught and embraced, ordinances administered, and public worship performed more or less purely in them.”

There is a universal solidarity among believers, throughout all time, based on their union with Christ and the biblical truth they confess.

The final attribute of Scripture is imperishability. When Jesus told Peter, “I will build My church and the gates of hell will not prevail against it” (Matt. 16:18), He was indicating that there would always be an invisible church and a manifestation of the church militant on earth until He comes again. As Vos explained, “The Church…can never completely disappear from the earth. The number of members of the true Church who fall within the church militant may continually change—are now more, then less; [yet] it is always there.”4 Jesus also meant that He would strengthen the church militant in the battle on its way to glory, and that there would be an ultimate day of victory for the church triumphant.

Samuel Stone drew together the many ways in which Scripture speaks about the church in his hymn, “The Church’s One Foundation” he wrote,

The Church’s one foundation
Is Jesus Christ her Lord,
She is His new creation
By water and the Word:
From Heav’n He came and sought her
To be His holy bride,
With His own blood He bought her
And for her life He died.

She is from every nation,
Yet one o’er all the earth;
Her charter of salvation,
One Lord, one faith, one birth;
One holy name she blesses,
Partakes one holy food,
And to one hope she presses,
With every grace endued.

The Church shall never perish!
Her dear Lord to defend,
To guide, sustain, and cherish,
Is with her to the end:
Though there be those who hate her,
And false sons in her pale,
Against both foe and traitor
She ever shall prevail.

Though with a scornful wonder
Men see her sore oppressed,
By schisms rent asunder,
By heresies distressed:
Yet saints their watch are keeping,
Their cry goes up, How long?
And soon the night of weeping
Shall be the morn of song!

’Mid toil and tribulation,
And tumult of her war,
She waits the consummation
Of peace forevermore;
Till, with the vision glorious,
Her longing eyes are blest,
And the great Church victorious
Shall be the Church at rest!

Yet she on earth hath union
With God the Three in One,
And mystic sweet communion
With those whose rest is won,
With all her sons and daughters
Who, by the Master’s hand
Led through the deathly waters,
Repose in Eden land.

O happy ones and holy!
Lord, give us grace that we
Like them, the meek and lowly,
On high may dwell with Thee:
There, past the border mountains,
Where in sweet vales the Bride
With Thee by living fountains
Forever shall abide!